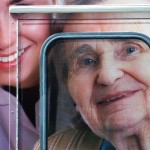 More work needs to be done to combat the problem of infections acquired in hospitals and doctors’ offices, which the CDC director calls a ‘winnable battle.’

New statistics released by the Alliance for Aging Research paint a grim picture of the financial and human costs of healthcare-associated infections, or HAIs:

“Healthcare-associated infections disproportionately impact older Americans, take an enormous toll on individuals, their families, and the healthcare system, and could be drastically reduced with more research and innovation in the area,” Lindsay Duvall Clarke, vice president of health programs for the Alliance, told Healthline. “We aim to bring this important data to advocates, policymakers, and others who are shaping decisions based on how best to confront the growing crisis of HAIs in seniors.”

According to the new data, hospitalized elderly patients are two and a half times more likely to develop HAIs than younger patients.

A critical shortage of antibiotics

One of the biggest factors contributing to the crisis is the lack of new antibiotics to combat these infections. Seventy percent of hospital-acquired infections are resistant to at least one antimicrobial drug, according to the Alliance.

Dr. Victoria Fraser, chairman of medicine at the Washington University School of Medicine in St. Louis, told Healthline there are some serious infections with resistant bacteria that are virtually untreatable.

“There is a shortage of new antibiotics in the pipeline. There are not great incentives for antibiotic manufacturers or drug development because this is a heavily regulated area, it’s hard to do studies demonstrating effectiveness and safety to get (U.S. Food and Drug Administration) approval, and low reimbursement,” Fraser said.

She said more research is needed to address this dilemma. “New policies and appropriations need to occur to foster new drug development and research on how to prevent and reduce resistance, including research on antimicrobial stewardship, behavior change, new diagnostics to identify viral infections that do not need antibiotics, and methods to detect resistant bacteria.”

Two years ago, a bill was introduced in Congress to encourage the development of new antibiotics. However, the bill, known as the Generating Antibiotic Incentives Now Act of 2011, died in committee.

Doctors and hospitals can do more

In an interview with Healthline, Dr. Thomas File, president of the National Foundation of Infectious Diseases and chairman of the Infectious Disease Division at Summa Health System in Akron, Ohio, said hospitals nationwide have begun to implement an exhaustive list of “better practices” to prevent infections, particularly from pneumonia and central line catheters.

On the flip side, however, many patients have begun to receive therapies that can weaken their immune systems. File said drugs used to treat arthritis, Crohn’s disease, and other ailments generally improve the lives of people suffering from these conditions, but can also predispose them to infections.

Dr. Thomas R. Frieden, director of the Centers for Disease Control and Prevention (CDC), has publicly dubbed the HAI epidemic a “winnable battle.”

In a 2011 letter to colleagues, he said, “With additional effort and support for evidence-based, cost-effective strategies that we can implement now, we can have a major impact on our nation’s health. We must prevent those infections that we know how to prevent. Several published HAI elimination projects have shown significant reductions—up to 70 percent—an indication that existing prevention recommendations work and that we need to continue building on these successes.”

Fraser said most of the recent research and advances have taken place in hospitals, but more work needs to be done in long-term care homes, nursing homes, surgical centers, and dialysis units, as well as in the community at large.

“Most hospitals have infection prevention specialists—nurses and doctors doing surveillance to identify, track, and prevent infections,” Fraser said. “They have education programs and policies and procedures to enhance hand hygiene and systems and processes to reduce the risk of central line associated infections, ventilator associated pneumonia, surgical site infections, and urinary tract infections.”

It’s all about the money

In the end, Fraser said sequestration cuts and reductions in federal Medicare and Medicaid payments to hospitals is “causing great pressure, and so we are at risk to lose doctors and nurses and have hospitals close if Medicaid expansion doesn’t occur and if resources are not provided to fund these vital programs. Typically, prevention has been underfunded compared to high technology and procedures.”

Infection prevention is very cost effective, Fraser said, but it is seen by some administrators as a net cost, not a revenue generator. “Helping the (National Institutes of Health), the CDC, and (the Agency for Healthcare Research and Quality) fund research, education, and training in infection prevention is critical to protect patients and improve health outcomes.”