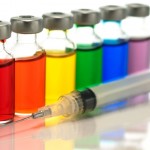 In recent years, Alaska’s immunization coverage rates for infants age 19-35 months have been among the lowest in the nation. In 2009 Alaska ranked 49th out of 50 states; in 2010 we bumped up slightly to 42nd; and in 2011 we bumped up again slightly to 39th. Despite this slow but steady trend in the right direction, a recent study performed by the Alaska Division of Public Health indicated that more Alaska mothers have been choosing to delay or decline vaccines for their children. This is alarming and unfortunate.

Vaccines are among the most effective and safe public health interventions available to prevent serious disease and death.

Before polio vaccine was available, 13,000 to 20,000 cases of paralytic polio were reported each year in the United States.

Before measles immunization was available, nearly everyone in the U.S. got measles, and hundreds died annually from the infection.

Prior to pertussis (whooping cough) immunization, between 150,000 and 260,000 cases of pertussis were reported each year in the United States — mostly among young children — resulting in up to 9,000 deaths annually.

Health care providers who vaccinate young children follow a schedule prepared by the U.S. Advisory Committee on Immunization Practices, a group of medical and public health experts. The current schedule is timed to protect children from 14 diseases by inoculating them at the time in their lives when they are most vulnerable to disease.

Much fear about vaccines is still due to concerns about autism — a groundless fear that arose from a spurious study published in 1998 in The Lancet, a British medical journal. The article was dismissed in 2010 as “irresponsible and dishonest” and retracted from the journal. Numerous studies published subsequently have shown no correlation between vaccines and autism.

Reasons commonly cited for not vaccinating include:

A small drop in the proportion of the population that is immune to many diseases results in a substantial increase in the risk of outbreaks. Alaska’s current pertussis epidemic — and recent pertussis-related infant death — underscores the danger of relying on herd immunity.

Vaccinating is an issue of both personal and social responsibility. When we vaccinate our children on-time, we protect their health, and the health of our community.

Dr. Joe McLaughlin is state epidemiologist with the Department of Health and Human Services. More information on-line at www.cdc.gov/vaccines and www.chop.edu/service/vaccine-education-center/home.html.