Discovery may one day lead to herpes vaccine 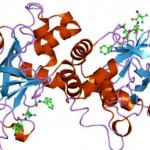 A specialized kind of immune cell that patrols the skin of people infected with the herpes virus appears to prevent the outbreak of painful sores, a new study suggests.

Researchers think the cells may be key to developing a potential vaccine against genital herpes, which afflicts more than 24 million people in the United States, according to the U.S. Centers for Disease Control and Prevention.

For the study, published online May 8 in the journal Nature, researchers took skin samples from people infected with HSV-2, the virus that causes genital herpes, and followed them as they healed from recent outbreaks.

Working with a high-powered microscope, researchers used fluorescent stains to find and label different types of immune cells in the skin. They were most interested in cells called CD8 killer T-cells.

Unlike antibodies, which bind to bacteria and viruses, preventing them from infecting cells in the first place, CD8 cells are a second line of defense, said Bryan Cullen, director of the Center for Virology at Duke University, in Durham, N.C.

“They kill virus-infected cells as quickly as possible after they become infected,” said Cullen, who also studies herpes infections but was not involved in the research. Killing infected cells prevents them from becoming factories that crank out more copies of the virus, he said.

Scientists once thought that all CD8 cells roamed the body, looking for infected cells through the bloodstream.

By watching the immune response as it unfolded in the skin, researchers realized that there were special CD8 cells that stayed in place, patrolling the area around nerve endings like beat cops. They guessed that the cells were waiting for the herpes virus to emerge and cause trouble.

To test that theory, they used very fine lasers to pluck out these specialized cells to see what kinds of proteins they were making.

The specialized CD8 cells also made other proteins to summon backup cells to the site to help tamp down the attack. And they didn’t seem to make chemical signals that sound the all-clear, a message to immune responders that it’s time to leave the area, which may explain why they stick around in the skin.

“We actually showed they were a very unique population of cells,” said study senior author Dr. Lawrence Corey, a virologist and president and director of the Fred Hutchinson Cancer Center in Seattle. “They can stay in the skin for extended periods of time, they appear to have memory, they appear to have the kind of markers that go in response to a specific infection.”

He added that doctors once thought herpes, which lies dormant in nerve cells, would reawaken and travel up the nerve endings to the skin surface where it would cause painful sores, and that it would take a couple of days for the body to respond and fight off each new assault.

He said the new research shows that such outbreaks are the exception, rather than the rule. The specialized CD8 cells in the skin seem to do a pretty good job of keeping the virus under control.

A vaccine against herpes would be a significant achievement. Aside from abstinence, there’s no surefire way to prevent herpes infections. Condoms can reduce the risk of transmission, although the virus can still be shed from skin areas that condoms don’t cover.

Experts caution that although the new finding is promising, a vaccine is still likely to be a long way off.

“They have good correlative evidence” that the specialized CD8 cells in skin keep the virus at bay, Cullen said. He added, however, that the research doesn’t prove that boosting these cells would prevent infections.

He said it will take many more studies to demonstrate that — if, in fact, it’s true.

“It’s time to take it to the next level,” Cullen said.

As for cold sores (or fever blisters) on the lips or around the mouth — also caused by the herpes simplex virus — the researchers said that although it seems logical that those same CD8 cells might be at work, they didn’t analyze it in this study.