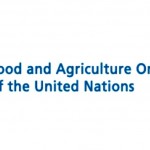 The FAO chief joined leaders of the World Health Organization (WHO), the World Organisation for Animal Health (OIE) and representatives from more than 40 countries at the Global Health Security Agenda (GHSA) event held at the White House in Washington, D.C.

President Obama underscored the importance of dealing with the breakout of infectious diseases collectively, highlighting that in a world that is deeply interconnected, outbreaks have the potential to impact every country. “No nation can meet this challenge on its own. Nobody is that isolated,” he said, stressing the need for global cooperation.

The U.S. government-initiated GHSA is an international partnership to strengthen health systems with the objective to prevent, detect and respond to emerging disease threats. It is estimated that 70 percent of new infectious diseases that have emerged in humans over recent decades have animal origin, mostly from wildlife.

Graziano da Silva underlined that “controlling zoonotic diseases and emerging threats at the human, animal and ecosystems interface needs an integrated and multidisciplinary approach that brings different sectors to work closely together to attain the health of people, animals and the environment.”

He noted how this is echoed in the One Health agenda which has seen FAO, as part of its tripartite partnership (FAO-WHO-OIE), integrate this approach in its vision for sustainable livestock development “to attain a healthier and more prosperous world.”

By focusing on prevention, countries can minimize loss of human life when diseases cross over from animal to human populations and thus become harder to manage – a fact illustrated by the current Ebola outbreak in West Africa, the FAO Director-General said.

He expressed “great concern” over the possible impact of this epidemic on “food security and livelihoods of affected communities, with a potential to cause long-term food insecurity in West Africa, as a result of prolonged disruption of crop harvesting and subsequent planting.”

“There is a need to set up global preparedness, surveillance and response programmes,” Graziano da Silva told participants at the White House event. He welcomed the GHSA’s focus on prevention, detection and response, and noted how FAO shared this approach.

Graziano da Silva reiterated FAO’s commitment, alongside WHO and OIE, to further support countries in tackling threats to health from animal sources. FAO works with country and regional partners to assist them to develop preparedness and contingency plans for animal health-related events, and these capacities serve both public health and food security aims.

FAO also contributes to health protection through its work on the Joint FAO/WHO Codex Alimentarius Commission, that provides guidance on food safety and public health taking into account the entire food chain.

The Director-General, in his address at the White House event, emphasized the strong link between nutrition and human health. He noted how the upcoming Second International Conference on Nutrition (ICN2), jointly organized by FAO and WHO, will establish a framework of actions on nutrition that will be part of the Post-2015 Agenda.