How Congress brought the measles back 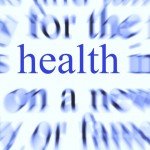 In 2000, the Centers for Disease Control and Prevention made a stunning declaration: Measles — a disease that once infected 3 million to 4 million Americans each year, and killed 500 of them — had been eliminated in the United States. It was a victory decades in the making, the product of a highly effective vaccine and a strong public health system.

But today, measles is back. Just this month, the CDC reported more cases in the country in the first six months of 2014 — 477 — than during that same period in any year since 1994.

Public health has taken a giant, 20-year step back, and we have Congress to thank.

In 2000, I was a counsel for the Democratic staff of the House Government Reform Committee working on public health issues, including immunization policy. The committee was in its second year of hearings whose purpose on paper was to oversee various aspects of the nation’s immunization program. But in reality, these hearings had become a forum for spouting unproven, and eventually disproven, allegations, linking the measles-mumps-rubella vaccine to autism.

On one side, the CDC, the National Institutes of Health, the Food and Drug Administration, the Institute of Medicine and the American Academy of Pediatrics, to name a few, all argued — with data to back them up — that the evidence clearly indicated no causal link between the measles vaccine and autism.

On the other side were a few advocates, most notably Dr. Andrew Wakefield, a British gastroenterologist who subsequently lost his medical license due to ethical violations. In the face of mounting data refuting his theories, Wakefield continued to assert that there were still outstanding questions and that there should be just one more study — always just one more study — for the connection to become clear. The research that formed the basis of his theory was subsequently retracted by the journal that published it.

Wakefield was not the only witness to appear before the Government Reform Committee who was later discredited. There also was the self-proclaimed “expert” whose medical license was later revoked in a number of states when he treated autistic boys with hormones to suppress testosterone — a kind of chemical castration.

One by one, the committee summoned its witnesses. Wakefield and other anti-vaccine advocates told the committee stories about children who stopped speaking after receiving their MMR vaccines and spun complicated theories about how the vaccine could prevent children from absorbing nutrients, leading to neurological problems. The experts from CDC and NIH explained that the epidemiology and biology of autism and vaccines did not support what Wakefield and others were professing.’

It was difficult to watch the nation’s immunization program, a crown jewel of public health, responsible for saving so many lives, being attacked at high-profile congressional hearings — all on the basis of unscientific theories. And it was frustrating to see members of Congress giving equal weight to both sides of the argument when one was so clearly flawed. We staffers often talked among ourselves about the lives the committee was putting at risk.