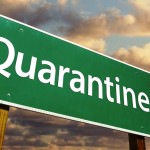 The unfolding mysteries of the illness known as Middle East respiratory syndrome coronavirus already have the makings of an epidemiological thriller, and two newly published case reports offer grist for whoever writes the screenplay based on the latest infectious outbreak.

Since it was first detected in September 2012 in Saudi Arabia, this strain of coronavirus appears to have sickened at least 49 and killed roughly 26 people in seven countries. But public health sleuths are still scrambling to figure out some essential facts about the virus: how it spreads from person to person, who is most (and least) vulnerable, when a victim is most contagious, and how long the virus incubates before making its victims noticeably ill.

Without answers to those questions, public health authorities don’t know how best to stop the virus’ spread. They don’t even know how hard they should be working to do so, since they don’t really know what percentage of people who contract the virus become seriously ill or die. While it appears to kill roughly half of those infected, that “case fatality rate” could get less scary as we learn more about the number of people who get infected but don’t fall seriously ill.

The new case reports, published this week in the British journal the Lancet and in the New England Journal of Medicine, offer some clues that may help solve the unanswered questions. But they leave much to be resolved, and raise new questions as well.

A detailed account of two patients infected with the MERS coronavirus in France suggests two attributes of the virus, both of them rather frightening:

First, the virus appears able to spread from person to person in the tight confines of a shared hospital room over three days (despite no direct physical contact between the two patients): The French physicians and virus-hunters who investigated the course of illness of two men infected with the virus believe that “transmission through large respiratory droplets” is the most likely explanation for how the virus jumped from one man to the other.

In late April, the two men’s paths crossed for three days in a hospital room in Valenciennes, France, where the first patient — a diabetic 64-year-old man who visited Dubai for a week in April and fell ill with fever, chills and diarrhea — shared a hospital room with Patient Two, a 51-year-old man with a history of heart disease and blood clots.

At the same time, the investigators couldn’t rule out the possibility that, like the severe acute respiratory syndrome (SARS) virus that killed about 775 in 2003, the virus is transmitted through blood or feces. The latter possibility is also suggested by the Lancet’s case report, which describes the virus’ path of destruction through an extended family living at the edge of Riyadh, Saudi Arabia. Three of the four men sickened by the virus had gastrointestinal symptoms during the early course of their illness, which killed two of the men.

In a second finding, the French investigators suggest that the “incubation period” of the Middle East coronavirus is long: It could take nine to 12 days from the time a patient is exposed to the virus for him to show symptoms of severe illness.

That lengthy incubation period — possibly several days longer than that of the SARS virus — could make it harder for investigators to track and control infections. If the infection’s spread is to be stemmed, patients suffering from the infection’s common early symptoms — chills, fever and muscle aches — and who may have come in contact with the virus may need to be kept in isolation for close to two weeks. That will be a tall order in countries where citizens and travelers expect to circulate freely.

Even more diabolical, the virus may not be easily identified in the kinds of non-invasive mouth-and-nose swabs that are widely used to detect the infected. In the case of the two roommates in the French hospital, early efforts to confirm the presence of the virus in the first patient’s upper respiratory tract turned up nothing. Sputum samples sometimes revealed no infection, and then showed positive a week later. A more invasive procedure — bronchial lavage — could ferret out the virus in several of the patients, but often only after they had died.

In the process, the case studies illuminate the messy, human side of medicine that makes it so difficult to discern the complex course of an outbreak and act to stop it. Hospital workers in Valenciennes took no special precautions with the first patient, because the Middle East virus was not suspected. Several of the infected patients, especially those who died, had underlying diseases that may or may not prove to be relevant. “Transportation issues” delayed the analysis of one of the French sputum samples by almost two weeks. And female family members who acted as the early caregivers of the infected Saudi men never got sick, while other case studies have found that hospital workers with similar exposures did.