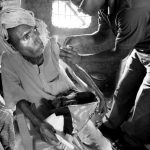 Tuberculosis (TB) is a leading killer of people with HIV, and providing therapy for both illnesses simultaneously saves lives – according to new guidelines on the treatment of drug-susceptible TB developed jointly by the American Thoracic Society (ATS), Centers for Disease Control and Prevention (CDC) and Infectious Diseases Society of America (IDSA).

Treatment of TB in the presence of HIV infection is one of several special situations addressed in the new guidelines, published in the journal Clinical Infectious Diseases.

People with HIV or diabetes, who are taking immune-suppressing medications, or who smoke or abuse drugs, are at higher risk for developing TB disease once infected. Patients often are diagnosed with HIV and TB at the same time. In 2003, when the previous TB guidelines were developed, patients with HIV usually did not start their anti-retroviral therapy (ART) until after TB treatment was completed, unless the immunosuppression from HIV-infection progressed. Recommendations for timing of initiation of ART have since changed.

“Data from numerous trials have made it very clear that patients with HIV should begin treatment with anti-retroviral therapy (ART) during TB treatment, and not wait until after TB therapy is completed,” said Payam Nahid, M.D., M.P.H., lead author of the guidelines and professor of medicine at the University of California, San Francisco School of Medicine. “Research shows that all patients with TB and HIV should receive treatment for both conditions, with HIV treatment beginning within 8 to 12 weeks of the start of TB therapy. Some patients may need HIV treatment even sooner.”

Dr. Nahid notes that ART may need to be delayed especially in HIV-infected patients with TB meningitis; in these patients, very early initiation of ART (within two weeks of the start of TB treatment) has been associated with increased risk of death. Nonetheless, ART should be initiated as early as possible during TB treatment. If patients do not receive ART during treatment of TB, the new guidelines recommend that TB treatment should be extended to eight months or longer, to reduce risk of relapse.

TB is a bacterial infection that is spread through the air and most often attacks the lungs. Drug-susceptible TB bacteria can be killed by the medications normally used to treat TB disease. After two decades of steady declines, the number of new U.S. TB cases rose slightly in 2015 to 9,563, according to provisional data released by CDC. It is one of the world’s deadliest diseases: in 2014, it is estimated that 9.6 million people worldwide fell newly ill with TB, and 1.5 million died.

The new guidelines recommend comprehensive care of all patients with TB disease (known as case management), including the use of directly observed therapy (DOT), which improves treatment success. In DOT, a health care provider watches the patient swallow each dose of medication during the six-month course of therapy. To be consistent with the principles of patient-centered care, the guidelines recommend that decisions regarding the use of DOT be made in partnership with the patient. DOT should be provided by trained healthcare workers in the doctor’s office, clinic, or the patient’s home, place of employment, school or other site convenient for the patient. For all TB patients, case management is essential to ensure treatment is effective, the guidelines note.

“Case management, including DOT and patient education and counseling, is vital to reducing the risk of non-adherence to treatment, and consequently the risks of TB relapse, drug-resistance and other illnesses,” said Philip LoBue, MD, director of the Division of Tuberculosis Elimination (DTBE) at CDC in Atlanta. “We now have clear evidence to show that the benefits of case management are real.”

Although the guidelines focus on drug-susceptible TB, following the recommendations can help stem the growing problem of acquired drug resistance, researchers note. This includes recommendations related to avoiding highly intermittent therapies, and using case management strategies such as DOT.

Because rapid killing of the TB bacteria reduces the risk of death and the spread of the disease, the guidelines note that TB treatment (currently a combination of four medications) should begin as soon as the patient is suspected of having active TB disease, even before test results confirm the diagnosis. They also recommend therapy be given daily, rather than intermittently.

Developed by a multidisciplinary panel of experts screened for conflicts of interest, including infectious disease physicians, pulmonologists and experts in pharmacokinetics, pediatrics, primary care, epidemiology, guidelines development and public health, the guidelines for treating TB are intended for use in the United States and other areas with similar diagnostic and management resources. These guidelines replace the 2003 guidelines published in CDC’s Morbidity and Mortality Weekly Review (MMWR).