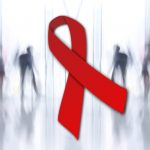 In alternative therapeutic approach to antiretroviral therapy may be effective in improving the condition of people with the HIV virus, scientists have said. They have developed new inhibitors called LEDGINs, which have shown promising results in slowing down the spread of the virus in cell cultures.

The study, carried out by researchers from KU Leuven in Belgium, is published online in EbioMedecine.

Although current available antiretroviral therapies can suppress the replication of the HIV virus and greatly improve patients’ health, they are unable to fully make it disappear from the human body.

In this new research, the scientists investigated other types of inhibitors developed based on the properties of a cellular protein, known as LEDGF, which the HIV virus uses to attach itself to human cells and to subsequently spread in the body.

This preliminary study was conducted in cell cultures. The researchers examined how a novel class of integration inhibitors, referred to as LEDGINs, inhibits the interaction between HIV and cellular protein LEDGF, so that the virus cannot attach itself to its preferred locations in our DNA. The team studied how this impacted upon the location and the spread of the virus within the cells.

They have discovered that when cells are treated with LEDGINs, the HIV virus settles in an alternative location in the DNA where it cannot be reactivated and cannot multiply.

“We’ve shown that a treatment with LEDGINs not only inhibits the integration of the HIV virus, but also ensures that the virus doesn’t multiply once the treatment is stopped,” explains doctoral student Lenard Vranckx, who participated in the research.

“This discovery paves the way for new clinical studies with LEDGINs,” says lead author Pr Zeger Debyser. “We don’t know whether this approach will lead to a final cure for HIV, but even a scenario that allows patients to stop their medication for a while is an important step in the right direction.”

Further studies both in animal models and in humans must now take place to verify the results observed in cell cultures.

“We don’t want to give anyone false hope. Our discovery is based on cell cultures. The findings still need to be tested in mice and in clinical studies. That’s why a potential treatment based on the discovery is still years in the future,” concluded Debyser. “But now, we already know the direction of our future research.”