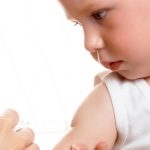 The current vaccine for pertussis, or whooping cough, is highly effective at protecting people from the disease during the first three years after vaccination, but immunity wanes significantly over the subsequent four years, and there is little protection after seven years, found new research published in CMAJ (Canadian Medical Association Journal).

“Despite waning immunity of the whooping cough vaccine, it’s important to note that the number of cases of pertussis in Canada is still quite low,” states Dr. Natasha Crowcroft, Public Health Ontario and the University of Toronto. “The most effective way parents can prevent whooping cough is to have their children immunized on time.”

Before Canada’s public pertussis vaccine program, incidence of the disease averaged 156 cases per 100 000 people. In contrast, with a vaccination program, the number of new cases ranged from 2 per 100 000 in 2011 to 13.9 in 2012. Most cases are in under-immunized populations.

The current whooping cough vaccine (an “acellular” vaccine) has been used in Canada since 1997 and is also used in the rest of North America, Australia, New Zealand and much of Europe. The whole-cell vaccine was discontinued in North America because of adverse reactions in children, which included soreness at the injection site and fevers.

The current study analyzed public health laboratory data linked with population-level vaccination data for a total of 5867 people born between 1992 and 2013, with 486 individuals testing positive for pertussis and the remaining 5381 testing negative. The researchers found that immunity was high during the first three years after vaccination but there was little protection after seven years. The odds of contracting whooping cough following vaccination increased by 27% each year, although the overall risk was still small. People who received the newer acellular version of the vaccine for their first three infant vaccine doses were twice as likely to contract pertussis compared with people who had received the older whole-cell vaccine when they were infants.

The older type of vaccine is still used in most of the world (in low- and middle-income countries). The specific whole-cell vaccine that was used in the past in Canada had, however, lower effectiveness than the brands that are currently on the market.

“… our finding that the low-effectiveness whole-cell vaccine is still better for priming than the currently used acellular vaccine nearly 2 decades after the change in practice has profound implications for understanding the effectiveness of the pertussis vaccine,” the authors write.
Recent studies in the United States have also found waning immunity as time elapses after immunization.

The authors suggest that the province’s current pertussis immunization strategy needs to be changed. Potential strategies that could improve pertussis control include immunizing during pregnancy, reintroducing the whole-cell vaccine for infants, or introducing additional acellular vaccine boosters for children and adults. The ultimate goal should be a new, more effective and longer-lasting, vaccine against pertussis.

The study was conducted by researchers from Public Health Ontario, the Institute for Clinical Evaluative Sciences, the Hospital for Sick Children and the University of Toronto and University Health Network, Toronto, Ontario; the University of Alberta, Edmonton, Alberta

In a related commentary, Dr. Nicole Le Saux, Children’s Hospital of Eastern Ontario, writes “ … until newer vaccines with a longer duration of protection and the ability to create mucosal immunity are available, a rethinking of the optimal use of the current pertussis vaccine is needed. Perhaps a booster at ten years of age should be recommended to reduce the incidence among preadolescents, or perhaps regular boosting throughout life is needed. We don’t yet have a clear answer.”