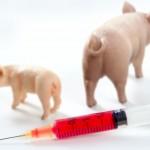 The swine flu pandemic of 2009 was responsible for the deaths of thousands more people than originally thought, according to a new report published yesterday.

A study conducted for The Lancet Infectious Diseases journal identified 284,500 victims around the world, more than 15 times the number of deaths confirmed by the World Health Organisation (WHO) three years ago.

The original toll, a simple tabulation of laboratory-confirmed cases that was thought to be a gross underestimation, counted around 18,500 deaths. By extrapolating figures for poorer countries, scientists claim that the global outbreak of the H1N1 influenza virus in 2009 could in fact be responsible for as many as 579,000 deaths.

The Lancet study showed that the pandemic had a disproportionate effect on poorer countries. Some 51 per cent of swine-flu deaths occurred in Africa and South-east Asia.

Study leader Dr Fatimah Dawood, of the US Centres for Disease Control and Prevention, said: “When you consider the years of life potential lost you see the impact of this pandemic on the global population.

“One of the key findings is that this pandemic really affected younger people than the typical flu season: 80 per cent of deaths were in people less than 65 years of age. So an important way of thinking about the pandemic is not just the number of lives lost, but the number of years of life lost.”

In stark contrast to outbreaks of seasonal flu, children and young adults were the group most affected. The elderly, it is claimed, developed some antibodies to the H1N1 strain in 1957, when a similar virus was prevalent. In this instance however, 9.7 million years of life were lost compared with 2.8 million if swine flu had followed normal flu patterns.

The first confirmed case came in Mexico in March 2009, and the first UK case was discovered in April 2009. During the pandemic, a reported 474 people died in the UK.