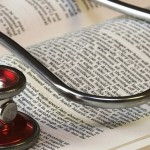 U.K. public health officials are racing to contain a rash of measles outbreaks among older British children that threatens to spread the highly contagious disease throughout the country. The budding epidemic has been linked to a debunked 1998 anti-vaccine study that caused U.K. vaccination rates against measles to plummet.

In 1998, a team of British scientists led by Dr. Andrew Wakefield published a widely rebuked paper that incorrectly linked the measles, mumps, and rubella (MMR) vaccine with autism. The study, which received widespread attention at the time, led many British parents to forgo their children’s MMR shots — something that is possible in the U.K. since schoolchildren aren’t subject to mandatory vaccination laws as they are in the United States.

The vaccine exodus led to a sharp decline in MMR immunization — from 90 percent of all children to just 54 percent in a year — and its consequences are now coming into full view, as unvaccinated British teenagers spread measles by the thousands:

This year, the U.K. has had more than 1,200 cases of measles, after a record number of nearly 2,000 cases last year. The country once recorded only several dozen cases every year. It now ranks second in Europe, behind only Romania.

The majority of those getting sick in the U.K. — including a significant number of older children and teens — had never been vaccinated. […]

Across the U.K., about 90 percent of children under 5 are vaccinated against measles and have received the necessary two doses of the vaccine. But among children now aged 10 to 16, the vaccination rate is slightly below 50 percent in some regions.

To stop measles outbreaks, more than 95 percent of children need to be fully immunized. In some parts of the U.K., the rate is still below 80 percent.

By contrast, the U.S. — where measles immunization rates are above 90 percent — reported just 55 cases of measles last year.

Still, Americans tend not to get their vaccinations if they can help it. While U.S. school attendance is generally contingent on a variety of shots for highly contagious diseases, others such as the yearly influenza shot and HPV vaccine aren’t, leading the Centers for Disease Control (CDC) to call American immunization numbers “unacceptably low.” Politicians and public officials who parrot discredited conspiracy theories similar to the Wakefield study contribute to that trend.