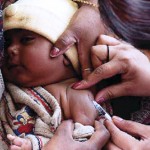 A revolutionary meningitis vaccine will reach the 100 millionth person this week in a region of Africa that has been plagued by deadly epidemics for more than a century. The milestone will take place in northern Nigeria, part of Africa’s ‘meningitis belt’, where the country is conducting its second seasonal immunization campaign against the disease.

The historic achievement comes two years after the MenAfriVac vaccine was first launched in Burkina Faso. Since then, nine other countries have held vaccination campaigns to protect people from ages 1 to 29 against meningitis A.

Nigeria will vaccinate 16 million people over the next two weeks and Cameroon and Chad are also conducting immunization campaigns this week targeting 5.5 million and 2.3 million people respectively. By the end of this year, the vaccine will have reached more than 112 million people, providing widespread and long-awaited protection.

The achievement will be recognized at the GAVI Alliance Partners’ Forum, which is bringing together developing countries, donors, civil society, technical and research institutes, health agencies and the vaccine industry this week in Dar es Salaam, the capital of the United Republic of Tanzania.

“When we began developing this vaccine, we knew how desperately it was needed, and we hoped it would quickly provide relief for the many people who dread sub-Saharan Africa’s meningitis season,” said Steve Davis, president and CEO of PATH, which partnered with WHO to create MenAfriVac. “We are so proud to see African countries quickly embrace this vaccine and to see that deadly and debilitating meningitis cases have virtually disappeared in the regions that have been vaccinated.”

“This milestone has been achieved thanks to the commitment of national governments and support from WHO and other partners,” said Dr Flavia Bustreo, WHO Assistant Director-General for Family, Women and Children’s Health. “We must continue our efforts to implement vaccination campaigns in the remaining meningitis belt countries and ensure widespread uptake of the MenAfriVac vaccine.”

“Meningitis is a terrible disease which kills young people, creates severe neurological damage in many survivors, and devastates communities,” said Dr Seth Berkley, CEO of the GAVI Alliance, which is providing funding for the vaccines being used in the campaigns. “It is nothing short of remarkable that exactly two years after the first GAVI-funded meningitis vaccination campaign in the meningitis belt, the 100 millionth will have their life protected.”

“The development of MenAfriVac as a low-cost vaccine was critically important for the global health community,” said Chris Elias, president of Global Development at the Bill & Melinda Gates Foundation. “Vaccines work to save and improve lives and the speed with which the governments in meningitis-affected countries have introduced this new vaccine to protect young people is exemplary.”

“Meningitis A epidemics have affected the poorest families in countries of the Sahel, in the worst cases killing one third of the affected community,” said Geeta Rao Gupta, Deputy Executive Director of UNICEF. “But now campaigns are bringing hope to the poor families of previously unreached communities, which are mobilizing their members around this safe, effective and affordable vaccine.”

Seasonal meningitis A epidemics threaten the lives of 450 million people living in the ‘meningitis belt’, which stretches through 26 countries from Gambia in the west to Eritrea in the east. The disease causes a painful inflammation of the lining around the brain and the spine that can kill people within 24 to 48 hours. Those who survive often face severe learning difficulties, deafness, or amputated limbs. Children and young adults are most at risk.

In the largest-ever seasonal epidemic in Africa’s history, in 1996-1997, meningitis A infected 250 000 people and killed 25 000. In 1997, African ministers of health appealed to WHO and other partners to find a lasting solution to the dreadful disease.

In 2001, PATH and WHO formed the Meningitis Vaccine Project to develop a vaccine that would tackle the meningococcus strain that causes meningitis A at a price that African countries could afford. Historically, new vaccines have either not been designed to cover variants of diseases found in developing countries or have been too expensive for developing countries to include in their immunization schedules. The partners worked with the Serum Institute of India Ltd. to develop and manufacture the vaccine at a cost of less than US$0.50 per dose.

The vaccine has already significantly reduced the burden of meningitis in the regions where it has been introduced. In Burkina Faso, which launched the inaugural MenAfriVac campaign in December 2010, there were no cases of meningitis A among those who were vaccinated.

“This vaccine is having a tremendous impact on the lives of people in some of the world’s most vulnerable towns and villages,” Berkley said. “The partners involved in developing this vaccine deserve tremendous credit for ensuring the right vaccine is available at the right price.”

On October 31, 2012, MenAfriVac received approval to be kept outside the cold chain for up to four days at up to 40°C, in a controlled temperature chain (CTC). MenAfriVac is the first vaccine intended for use in Africa approved for this type of use, potentially setting a regulatory path that other heat-stable vaccines can follow.

Benin, Burkina Faso, Cameroon, Chad, Ghana, Mali, Niger, Nigeria, Senegal, and Sudan, have all conducted campaigns with the MenAfriVac vaccine since its introduction in 2010.

The GAVI Alliance is a public-private partnership committed to saving children’s lives and protecting people’s health by increasing access to immunisation in developing countries. The Alliance brings together developing country and donor governments, the World Health Organization, UNICEF, the World Bank, the vaccine industry, technical agencies, civil society, the Bill and Melinda Gates Foundation and other private philanthropists. GAVI uses innovative finance mechanisms, including co-financing by recipient countries, to secure sustainable funding and adequate supply of quality vaccines. Since 2000, GAVI has financed the immunisation of an additional 370 million children and prevented more than 5.5 million premature deaths.

WHO is the directing and coordinating authority for health within the United Nations system. It is responsible for providing leadership on global health matters, shaping the health research agenda, setting norms and standards, articulating evidence-based policy options, improving global health security, providing technical support to countries and monitoring and assessing health trends.

PATH is an international nonprofit organization that transforms global health through innovation. PATH takes an entrepreneurial approach to developing and delivering high-impact, low-cost solutions, from lifesaving vaccines, drugs, and devices to collaborative programs with communities. Through its work in more than 70 countries, PATH and its partners empower people to achieve their full potential.

UNICEF works in 190 countries and territories to help children survive and thrive, from early childhood through adolescence. The world’s largest provider of vaccines for developing countries, UNICEF supports child health and nutrition, good water and sanitation, quality basic education for all boys and girls, and the protection of children from violence, exploitation, and AIDS. UNICEF is funded entirely by the voluntary contributions of individuals, businesses, foundations and governments.