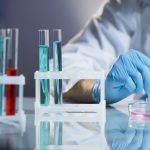 SARS-CoV-2 wasn’t the first coronavirus that spawned fears of a pandemic; there were worries about SARS and MERS before it arrived. But influenza viruses have also been a regular source of worries, as they can often spread from agricultural animals to us. Now a report was released that described an influenza virus with what the researchers who identified it called “pandemic potential.” The virus is currently jumping from agricultural animals to us, but it is not currently able to spread between humans.

The institutions that some of these researchers are affiliated with—the Key Laboratory of Animal Epidemiology and Zoonosis, the Chinese National Influenza Center, and the Center for Influenza Research and Early-Warning—provide some indication of how seriously China has been taking the risk of the newly evolved influenza strain.

For seven years, these centers supported the researchers as they did something that makes whatever you did for your thesis research seem pleasant: taking nasal swabs from pigs. Nearly 30,000 of these swabs came from random pigs showing up at slaughterhouses, plus another 1,000 from pigs brought in to veterinary practices with respiratory problems. Why pigs? Well, for one, some historic pandemics, named for their species of origin, are called swine flu. And there’s a reason for this: pigs are known to be infected by influenza viruses native to other pigs, to birds, and to us humans—who they often find themselves in close proximity to.

All of these were checked for the presence of influenza viruses, and a number of the viruses were subjected to complete genome sequencing. The good news is that influenza viruses aren’t massively prevalent in China’s agricultural system; only 0.45 percent of the randomly selected pigs were carrying an influenza virus. Among the ones brought in to the vet while suffering from respiratory problems, the percentage wasn’t even particularly high: 4.23 percent. So, influenza is a relatively small but constant feature in China’s agricultural system.

There are a lot of strains of influenza viruses that can be distinguished by specific features in the sequences of their genomes. And most viruses consist of a complicated mix of these because of a distinctive feature of the influenza genome. Like the human genome, it’s not a single molecule. Instead, the genes of the influenza virus are spread across eight different RNA molecules. If a single cell is infected by more than one virus, these eight segments will be mixed randomly in every virus produced within that cell. So, the typical virus the researchers found was composed of parts from more than one well-characterized virus.

Given the surveillance took place over eight years, the researchers were able to track changes in the viruses that were circulating among China’s pigs. And, over time, there was a clear trend: a virus we’ll call G4 (short for G4 EA H1N1) came to dominate the pig virus population toward the later years of the study. It’s composed of parts from three different influenza strains that have been described previously but is largely based on an avian virus isolated in Europe.

This being a surveillance project, the researchers naturally were curious about whether the virus could pose a threat to humans. And the answer, disturbingly, is yes. The parent lineage of the virus was already known to interact with human cells, and the researchers confirmed that it could infect human respiratory-tract cells grown in a culture dish. Ferrets are often used as a model for influenza-virus spread, and this virus was able to infect ferrets either through direct contact or by respiratory droplets. That means the potential to infect humans in the real world is there.

Next, the researchers turned to actual humans. They looked at the blood plasma from hundreds of farm workers, with members of non-farm households as controls. The bad news: over 10 percent of the farm workers had antibodies that could recognize this virus, with the numbers growing over time. The virus had also spread to some members of the general populace. The good news is that all of the people infected there had close contact with pigs, either living near a farm or working in food processing. Nothing indicates that the virus is spreading between humans at this point.

Now, it remains possible that these individuals are coming in contact with a different but closely related virus and thus generating antibodies that cross-recognize the pig virus. Of course, that would be concerning in its own way.

So, has the time come to panic about this? The answer is clearly no—there is no indication that the virus is spreading among humans at this point. It has the potential to generate a pandemic, but that potential is definitely unrealized at this point. But the research is exactly why we have surveillance programs like this in the first place. Current flu vaccines wouldn’t protect against this virus, and it’s definitely something we want to keep watching. Hopefully, China and its international health partners can continue to stay on top of it.