Attack on hepatitis B virus DNA a new way of defense 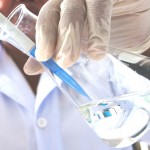 Scientists in Munich, Germany, have discovered how the viral DNA of the hepatitis B virus (HBV) can be degraded in the cell nucleus of liver cells, consequently allowing the virus to be eliminated. Viruses such as HBV can persist by depositing their genetic information (DNA) in the cell nucleus, where the DNA is normally not degraded. This prevents antiviral drugs from eliminating these viruses. But the newly discovered mechanism could make this possible without damaging the infected cell in the liver. In the current issue of the prestigious journal “Science”, the scientists from the Technische Universitaet Muenchen and the Helmholtz Zentrum München report that now new therapeutic possibilities are opening up as a consequence.

Although preventive vaccination is possible, the World Health Organization (WHO) reports that more than 240 million people around the world are currently suffering from a chronic hepatitis B infection. They face a high risk of developing liver cirrhosis or even liver cancer. In Germany alone, more than half a million people are affected. Although available antiviral medicines can control the hepatitis B virus, they cannot completely eliminate it. As a result, the HBV in the patient’s liver is reactivated as soon as the treatment is discontinued.

This is due to virus DNA (cccDNA: covalently closed circular DNA) “hidden” in the cell nucleus. This virus DNA stores multiple copies of the virus in the nucleus of infected liver cells (hepatocytes) and in this way protects itself from destructive influences. The cccDNA serves as a template for the virus’ own proteins and new viral genomes. An international team of scientists headed by Prof. Ulrike Protzer and Prof. Mathias Heikenwälder, Institute of Virology at the Technische Universitaet Muenchen and the Helmholtz Zentrum München, has now found a way to selectively attack and eliminate the viral genetic information in the cell nucleus of the liver cells without damaging the host cell in the process.

“The degradation of viral DNA in the cell nucleus that we describe represents an important mechanism in the defence against the virus”, Protzer reports. “Moreover, for the first time, the results offer the possibility to develop a treatment that can heal hepatitis B.”

The researchers activate the lymphotoxin-β receptor

The scientists have discovered that in addition to interferons (the immune system’s defence agents), activation of the lymphotoxin β receptor in the host cell promotes certain proteins and supports their function in such a way that they chemically modulate and degrade viral cccDNA. This keeps the virus from reactivating, and also prevents the disease from breaking out again, even after the treatment has ended. On the other hand, the proteins do not influence the genetic information of the host cell itself, which here is the liver cell. “With the activation of the lymphotoxin β receptor, also combined with substances that are already available, we have a very promising new therapy concept available”, Heikenwälder explains.

The research was supported by the German Center for Infection Research (DZIF).