Beware of Hepatitis, the ‘silent epidemic’ more deadly than HIV 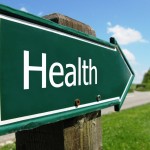 Kenyans in their millions dread HIV, the infectious virus responsible for Aids. However, the dreaded scourge is being shoved aside by a more lethal virus infecting Kenyans and putting millions of lives at great risk.

It is now official that Hepatitis, which primarily attacks the liver causing cancer or liver failure, is three times more infectious than HIV, which was declared a national disaster in Kenya more than a decade ago.

As Kenya joins other countries in marking the World Hepatitis Day, there is growing concern that far more people are being infected with the virus than with HIV. Like HIV, strains of Hepatitis are spread through sex, contact with infected blood and medical equipment or transmitted from mother to child during childbirth. Other strains are spread through consuming food or water contaminated by the virus.

Medical experts are now worried that many Kenyans are unknowingly carrying the dangerous Hepatitis viruses. And few people are being screened, treated or vaccinated against Hepatitis. The latest research conducted by the Kenya Medical Research Institute (Kemri) reveals that out of about 150,000 people who donated blood last year, 3,000 were diagnosed with the deadly Hepatitis B virus (HBV) compared with 1,200 found to be HIV-positive.

According to Elijah Songok, the head of the Infectious and Parasitic Diseases Research Programme at Kemri, this means Hepatitis, especially Hepatitis B, has surpassed HIV in terms of infections since the figures largely reflect the situation in the general population.

“HIV has received a lot of interventions for a good number of years, including screening and treatment, and infection rates have declined significantly. But Hepatitis infections have shot up because it is not receiving as much attention as it should,” Songok warned.

“Hepatitis is now a full-blown crisis. We can no longer afford to look away but confront it head-on like we did the HIV virus,” he added.

The situation is so grave that the latest documented evidence shows more than a third of liver clinic attendees are infected with the killer Hepatitis virus. According to Kemri, 10 per cent of pregnant women have the disease. The World Health Organisation recently classified Hepatitis as a “silent epidemic” and is among the few diseases the global health body has set aside a day to focus on.

“For years, viral hepatitis has been largely neglected,” says Dr Margaret Chan, a Director-General at WHO. “It is now critical for countries to intensify efforts to prevent, diagnose, and treat viral hepatitis by having comprehensive national plans to tackle the deadly virus.”

Hepatitis B Virus (HBV) which affects most Kenyans, is so deadly that it is 50 to 100 times more infectious than HIV. Health workers who accidentally succumb to needle stick injuries have a high chance of infection from HBV than from HIV.

Ahmed Kalebi, a consultant pathologist and managing director of Pathologists Lancet Kenya, says if the Hepatitis viruses remain in the body for long, they may seriously damage the liver, making further treatment difficult and expensive.
Dr Kalebi adds that one may be infected with Hepatitis viruses without exhibiting major symptoms, only to realise when it is too late that the liver is already damaged. “The key is to protect oneself through screening, treatment and vaccination. Once vaccinated, one becomes immune to the virus, unlike HIV which has no vaccine,” he says.

Dr Reena Shah, a specialist in infectious diseases and assistant professor at the Aga Khan University Hospital in Nairobi, says Hepatitis B and C are especially a serious threat to the millions of Kenyans already infected with the HIV virus. A recent study done by the hospital and published in the journal of Aids showed that approximately six per cent of patients with HIV in Kenya were infected with the Hepatitis B virus and approximately 1 per cent with Hepatitis C.

Other studies from Kemri show that increasing number of HIV patients are also infected with HBV, making it harder to manage both conditions. The Hepatitis C virus also commonly infects people with HIV. “As we know, HIV anti-retroviral drugs affect the liver. If you have Hepatitis, that can also further affect and damage the liver,” Dr Shah explains.

In addition, presence of HBV in the blood makes HIV patients less responsive to anti-retroviral drugs, and weakens the capacity of the drugs to manage the number of HIV viruses in the body (viral load). In most cases, those infected with various strains of Hepatitis viruses often clear the viruses naturally from their bodies, thanks to the immune system. However, in other people, the viruses stay in the body long enough to cause havoc, especially to the liver.

“It is highly recommended that persons living with HIV should be screened for Hepatitis because they are vulnerable to co-infection,” says Dr Shah. Prof Songok says the the Ministry of Health has begun lobbying Hepatitis vaccine manufacturers to cut their prices so that more Kenyans can access them.

Children under 13 have been receiving the vaccination and are protected from Hepatitis, but adults beyond that age are at great risk.

Currently, a full dose of the vaccine costs between Sh1500 in public health facilities and as high as Sh8,000 in some private facilities. “I expect that the cost should go to about Sh500 per dose or even less once our lobbying becomes successful. The current prices are too high for the majority of Kenyans, especially those from low-income backgrounds,” he says.

The Ministry of Health plans to offer free screening, vaccinations and treatment for Hepatitis in various parts of Nairobi.