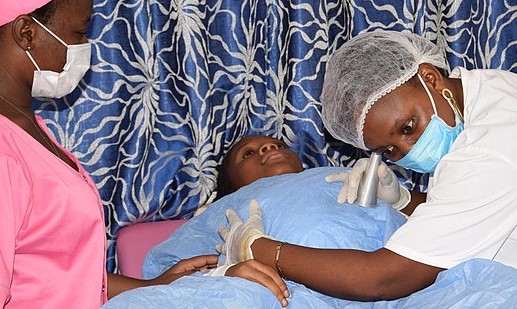 Like in many countries, Cameroon, a Central African Country, was quick to introduce and roll out COVID-19 vaccines. These introductions were preceded by a recommendation for the National Immunization Technical and Advisory group (NITAG), which in March 2021 recommended the country to introduce AstraZeneca, Sinopharm and Johnson and Johnson vaccines.

An initial consignment of these vaccines was received from the COVAX facility, the Chinese government and the African Union respectively and as roll out commenced, the country faced and eminent shortage of AstraZeneca vaccines. This shortage meant that people who had received a first dose of this vaccine may not be able to get their second dose within the recommended timeframe.

So, the ministry of public health (MoH) solicited NITAG’s input on the interchangeability of vaccines. In addition, the MoH requested the NITAG to review its initial recommendation regarding the introduction of Pfizer BioNTech to improve the number of vaccines that it can offer to its population.

The NITAG had a series of meetings to review the existing evidence on the above questions. Following intense deliberations, the NITAG unanimously recommended the introduction of Pfizer BioNTech, the mRNA-based vaccine that is already used in many countries across the globe. The NITAG judged that the introduction will boast the overall national supply of COVID-19 vaccine in the country and that the vaccine will address other equity problems, including providing the rare opportunity for countries to vaccinate its pregnant and lactating women as well as children over 12 years of age with comorbidities (diabetes, obesity, renal failure etc.) who were previously excluded from vaccination because of lack of scientific evidence amongst these target groups.

NITAG also recommended that the MoH should adopt a gradual approach to introduce the vaccines requiring a cold chain infrastructure that a country does not currently have.

Editorial comment: Many countries around the globe had the same problems during the pandemic, i.e., vaccine shortages, lack of data on the use and interchangeability of products. I always admire resource-poor countries in their ability to find pragmatic solutions – based on science and available resources — HJS