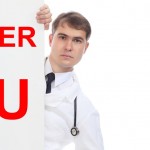 The Centers for Disease Control and Prevention said on Thursday it was monitoring a new strain of bird flu and has started work on a vaccine just in case it is needed.

So far, the strain known as avian influenza A (H7N9) has only been found in China and does not appear to be capable of being passed from person to person.

The strain has killed five people, and global health officials are discussing if and when it may be necessary to start producing a vaccine.

The infections in China mark the first time humans have been afflicted by this new strain of bird flu, which causes severe respiratory illness.

CDC spokesman Tom Skinner said the agency is monitoring the situation closely and working with its domestic and international partners.

Skinner said the CDC has begun reviewing genetic sequence information on the strain and started the process of making a “seed” virus, a genetically modified version of the virus that could be used by manufacturers to make a vaccine. Because the agency is using artificial or synthetic DNA for this step, Skinner said seed virus may be available to vaccine makers within the next few weeks.

CDC labs will be conducting tests to see if the virus is susceptible to current antiviral drugs used to treat flu, such as Roche Holding AG’s Tamiflu, he said.