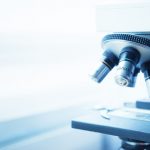 Isolated bacterium tests positive for resistance to two antibiotics for which it has historically been susceptible, highlights importance of antibiotic stewardship

A recent meningitis case treated at Children’s National Hospital raises serious concerns about a rise in antibiotic resistance in the common bacterium that caused it, researchers from the hospital write in a case report. Their findings, published online August 3 in the Journal of the Pediatric Infectious Disease Society, could change laboratory and clinical practice across the U.S. and potentially around the globe.

Neisseria meningitidis is the leading cause of bacterial meningitis in adolescents and an important cause of disease in younger children as well, say case report authors Gillian Taormina,D.O., a third year fellow in Pediatric Infectious Diseases at Children’s National, who was on service for this recent case, and Joseph Campos, Ph.D., D(ABMM), FAAM, director of the Microbiology Laboratory and the Infectious Diseases Molecular Diagnostics Laboratory at Children’s National.

As standard clinical practice in the U.S., they explain, patients who are thought to have this infection are typically treated first with the broad spectrum antibiotic ceftriaxone while they wait for a microbiology lab to identify the causative organism from blood or cerebrospinal fluid samples. Once the organism is identified as N. meningitidis, patients are typically treated with penicillin or ampicillin, antibiotics with a narrower spectrum of activity that’s less likely to lead to ceftriaxone resistance. Family members and other close contacts are often prophylactically treated with an antibiotic called ciprofloxacin.

Because N. meningitidis has historically been sensitive to these antibiotics, most laboratories do not perform tests to confirm drug susceptibility, Dr. Campos says. But the protocol at Children’s National is to screen these isolates for penicillin and ampicillin resistance with a rapid 5-minute test. The isolate from Dr. Taormina’s five-month-old patient — a previously healthy infant from Maryland who came to the Children’s National emergency room after six days of fever and congestion — yielded surprising results: N. meningitidis grown from the patient’s blood was positive for beta-lactamase, an enzyme that destroys the active component in the family of antibiotics that includes penicillin and ampicillin. This isolate was also found resistant to ciprofloxacin.

“The lab used a rapid test, and after just a few minutes, it was positive,” Dr. Campos says. “We did it again to make sure it was accurate, and the results were reproducible. That’s when we knew we needed to share this finding with the public health authorities.”

Dr. Campos, Dr. Taormina and their colleagues sent samples of the antibiotic-resistant bacteria first to the Washington, D.C. Public Health Laboratory and the Maryland Department of Health, and later to the Centers for Disease Control and Prevention (CDC). When the CDC asked other state laboratories to send their own N. meningitidis samples to be tested, 33 were positive for beta-lactamase. And like the bacterium isolated from Dr. Taormina’s patient, 11 of these were also resistant to ciprofloxacin.

“These bacteria wouldn’t have been susceptible to the common antibiotics that we would normally use for this infection,” Dr. Taormina says, “so it’s entirely possible that the infections caused by these bacteria could have been treated inappropriately if doctors used the standard protocol.”

Dr. Taormina says that her patient cleared his infection after staying on ceftriaxone, the original antibiotic he’d been prescribed, for the recommended seven days. His six family members and close contacts were prophylactically treated with rifampin instead of ciprofloxacin.

Although this case had a positive outcome, Dr. Campos says it raises the alarm for other N. meningitidis infections in the U.S., where antibiotic resistance is a growing concern. The danger is even higher in other countries, where the vaccine that children in the U.S. commonly receive for N. meningitidis at age 11 isn’t available.

In the meantime, Drs. Taormina and Campos say their case highlights the need for the appropriate use of antibiotics, known as antibiotic stewardship, which is only possible with close partnerships between infectious disease doctors and microbiology laboratories.

“Our lab and the infectious diseases service at Children’s National interact every day on cases like this to make sure we’re doing the best job we can in diagnosing and managing infections,” says Dr. Campos. “We’re a team.”