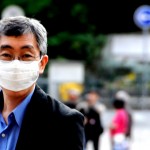 Chinese health officials yesterday announced three severe respiratory infections, two of them fatal, from H7N9 influenza, a subtype that has not been known to infect humans before.

The announcement of the H7N9 detections was first made in an announcement in Chinese from the country’s Health and Family Planning Commission. It was quickly picked up by analysts at the FluTrackers infectious disease message board, followed by other infectious-disease bloggers and the news media.

The two patients who died were from Shanghai: an 87-year-old man who succumbed on Mar 4 and a 27-year-old man who died on Mar 10, according to yesterday’s announcement translated and posted by FluTrackers. The third patient is a 35-year-old woman from neighboring Anhui province who is hospitalized in critical condition.

The World Health Organization (WHO) said in a statement today that all three of the patients got sick with respiratory tract infections that progressed to severe pneumonia and breathing difficulties. Disease onset dates ranged from Feb 19 to Mar 15.

The Chinese Center for Disease Control and Prevention (China CDC) confirmed the cases on Mar 29, and lab tests ruled out H3N2 and 2009 H1N1 viruses, as well as novel coronavirus (NCoV).

Investigations so far have found no epidemiologic links between the three patients. Follow-up of close contacts continues, and so far no other cases have been found among 88 contacts that have been identified, according to the WHO statement.

China’s government is investigating the source of infection and mode of transmission, has enhanced surveillance for the disease, and has boosted the ability of labs and healthcare professionals to detect, report, and treat H7N9 infections, the WHO said, adding, “WHO is in contact with the national authorities and is following the event closely.”

Two of the three patients had exposure to animals, according to a statement yesterday from Hong Kong’s Centre for Health Protection (CHP). The 27-year-old man had worked as a butcher, and the woman had been exposed to poultry before she got sick. The CHP said H7 influenza is a notifiable disease and that it is maintaining close contact with the mainland to learn more about the cases.

China’s CDC said yesterday in an extensive Q and A report posted in English that the source of the infections is probably poultry. It noted that H7 influenza infections in humans are uncommon, but have been confirmed in people who have direct contact with infected birds, especially during H7 outbreaks.

Between 1996 and 2009, human H7 infections were reported in the Netherlands, Italy, Canada, the United States, and England, with pathogens including H7N2, H7N3, and H7N7, the report said. Most of the infections involved conjunctivitis and mild upper respiratory symptoms.

The statement noted that H7N9 has previously been isolated only in birds, with outbreaks reported in the Netherlands, Japan, and the United States.

David Halvorson, DVM, an avian health expert at the University of Minnesota in St. Paul, told CIDRAP News that the subtype has infected poultry in the United States, but it’s not likely to be from the same lineage as China’s H7N9.

He said evidence of exposure to low-pathogenicity H7N9 was detected in US flocks in 2007, 2009, and 2011. “I believe chickens and turkeys in Nebraska, Minnesota, Illinois, Kentucky, and Tennessee were involved,” Halvorson said.

Animal health officials in Shanghai today said tests on samples from some of the thousands of dead pigs that were recently retrieved from the Huangpu River were negative for avian influenza viruses, Xinhua, China’s state news agency, reported today.

China’s CDC said information about the clinical course of the disease is limited, but so far it appears that an acute fever, high temperature, cough, and respiratory infection symptoms occur early in the disease. More severe manifestations appear 5 to 7 days later, including severe pneumonia that can progress to acute respiratory distress syndrome and death.

So far no subclinical infections have been found in blood testing of contacts. “But we cannot rule out the possibility of human-to-human transmission until we know more about the virus characteristics and results from ongoing investigations,” the Chinese statement said.

The 87-year-old man who died had two sons who were recently hospitalized with similar symptoms, but the Shanghai Health Bureau said neither had the H7N9 virus, Shanghai Daily, an English language newspaper, reported today. The sons had pneumonia. One, age 69, recovered and was discharged from the hospital, but the other, age 55, died from severe pneumonia and respiratory failure in late February.

Antigenic and genome sequencing suggests that H7N9 is sensitive to neuraminidase inhibitors, and the drug’s use in early infection appears to be effective, but more research is needed to determine if the treatment’s benefits are specific to H7N9 infection, China’s CDC said.

The WHO in a February update on the development of vaccine viruses for pandemic preparedness reported there are six H7 candidates, but none of them are H7N9. The ones on the list include H7N2, H7N7, H7N3, and H7N1.

Infectious disease experts are responding cautiously, but with some concern, to news of the H7N9 infections in China.

Erin Burns, communications team lead with the US Centers for Disease Control and Prevention’s Influenza Division, told CIDRAP News that the CDC is aware of the three H7N9 infections, following the situation closely, coordinating with international partners, and gathering more information.

“At this time, it is too soon to speculate regarding the significance of these cases,” she said.

Michael Osterholm, PhD, MPH, director of the University of Minnesota’s Center for Infectious Disease Research and Policy (CIDRAP), also said it’s difficult to gauge how significant the development is, though the cases are a cause for concern. He said the strain could disappear or go on to cause more disease. “We just don’t know,” he said.

In a post on the infections on ProMED Mail, the online reporting system of the International Society for Infectious Diseases, moderator Dr Craig Pringle, virology expert and emeritus professor in University of Warwick’s biological sciences department, wrote that the facts don’t point to an imminent threat of a human epidemic. But he added that the situation is novel and alarming, especially because humans haven’t been exposed to H7 or N9 antigens in the past and likely have no innate immunity.