Copenhagen Consensus 2012: Five ways to step up the battle against the biggest killer diseases 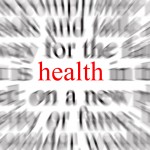 It is difficult to overstate how much the fight against infectious diseases has improved the human condition in the last century. In research released today, for Copenhagen Consensus 2012, economists Dean Jamison, Prabhat Jha, Ramanan Laxminarayan, and Toby Ord point out that improved immunization saves more lives per year than would be saved by global peace. The same is true for smallpox eradication, diarrhea treatment, and malaria treatment. Nonetheless major problems remain, and Jamison’s team explores the ways to step up our battle against the biggest killer diseases, identifying five top priorities.

1. The most important of these is malaria treatment. The malaria parasite has developed a resistance to the effective, inexpensive, and widely available drugs that have previously provided an important partial check on the high levels of malaria child deaths in Africa. The resistance to these older drugs is leading to a rise in deaths and illness that could number in the hundreds of thousands. A high priority for additional spending is to reduce the relative prices that poor countries face for new combination therapies (through the so-called “Affordable Medicines Facility-malaria”). Every $1 million spent on this financing mechanism of the Global Fund means about 300,000 more children treated, 20,000 of whom with severe malaria. This would prevent 1,000 deaths. Thus, spending $300 million a year would prevent 300,000 child deaths, with benefits – put in economic terms – that are 35 times higher than the costs. Various donors are reviewing extending this facility this fall and this analysis suggests it is one of the best returns on health that could be made globally.

2. The second intervention is the control of tuberculosis, which kills more adults than any other infectious disease besides HIV/AIDS. Nearly 9 million new cases of TB appeared in 2003, causing perhaps 1.6 million deaths, with nine out of 10 coming in low- and middle-income countries. Growing drug resistance suggests that the current approach might not be able to bring TB under control, especially in Africa and the former Soviet republics. Addressing resistance increases costs and the short-term benefits in saved lives are limited. This means that compared with 2008, when the costs and benefits were calculated for the last Copenhagen Consensus project, the benefits for each dollar spent are actually lower. But, with each dollar achieving more $15 worth of benefits in economic terms, TB control remains a very worthwhile investment. Spending $1.5 billion would save 1 million adult deaths annually.

3. The third approach Jamison outlines is expanding case-management of acutely ill children and adding several new antigens to routine vaccinations. These include Haemophilus influenza type b (Hib) and Streptococcus pneumonia which are common causes of childhood pneumonia; hepatitis B which protects against liver cancer; and newer rotavirus and shigella vaccines to prevent diarrhea. The Global Alliance for Vaccines and Immunization estimates that the addition of Hib and pneumococcal vaccines to vaccination programs could save 800,000 lives a year, and rotavirus and shigella vaccines might save 600,000,. In total, Jamison’s team estimates that spending about $1 billion annually on expanded immunization coverage would save 1 million child deaths annually. Put into economic terms, the benefits would be 20 times higher than the costs.

4. Another priority is deworming. The costs of worm treatment are low and the prevalence is high, but this remains a neglected infection. From complications with digestion to difficulty absorbing nutrients, worms can be detrimental to a person’s overall well-being, hampering productivity, appetite, fitness, and growth. Children are at greater risk of infection than adults and will suffer more severe, lifelong complications if worms are left untreated. Children who experience worm infection often live in poor communities and need a sustainable treatment plan to remedy any loss in education, nutrition, and intellectual development they may experience. Spending $300 million would mean about 300 million children could be dewormed, with benefits in economic terms 10 times higher than the costs.

5. No disease comes close to the AIDS epidemic in threatening every aspect of development for dozens of countries. Unfortunately, it is also in many ways the hardest to tackle. Jamison’s team draws on research created for the Copenhagen Consensus and Rush Foundation project RethinkHIV to identify priorities against this disease. The most effective preventive interventions against HIV are those targeting sex workers and those most likely to contribute to increased transmission, as has been done successfully in India and other Asian countries. Voluntary counseling and testing has reduced unsafe behavior in some studies, although the duration of this change is not clear. Prevention of mother-to-child infection is cheap and effective, and needle exchange and blood safety programs can reduce other modes of transmission. An HIV vaccine is the ultimate preventative tool. The researchers use RethinkHIV research by Robert Hecht and Dean Jamison on the costs and benefits of increasing research funding to speed up the arrival of a useful vaccine. Jamison concludes that there is a strong case for increasing HIV vaccine research and development by $100 million annually. Even with conservative assumptions, each dollar spent would generate benefits worth 20 times the costs.

It is striking that most of the top five investments would largely save the lives of children – pointing to a broader issue, which is inequality in health conditions. As Jamison’s team notes, from 1990 to 2001, the under-5 mortality rate remained stagnant or increased in 23 countries. In another 53 countries, including China, the rate of decline in child mortality was less than half of that required to reach the Millennium Development Goal. We have had many real successes in high- and middle-income countries in the battle against infectious disease; our real challenge is spreading this success to low-income countries.