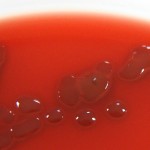 The spread of virulent, antibiotic-resistant strains of Streptococcus pneumoniae may be controllable through the use of competence-stimulating peptide (CSP) analogues, US researchers believe.

Using a mouse model of S. pneumoniae infection, Luchang Zhu and Gee Lau, from the University of Illinois at Urbana-Champaign, showed that synthetic CSP analogues inhibited the bacteria’s ability to acquire and transfer genes conferring resistance and virulence.

“These results demonstrate the applicability of generating competitive analogues of CSPs as drugs to control horizontal transfer of antibiotic resistance and virulence genes, and to attenuate virulence during infection byS. pneumoniae,” the researchers say.

CSP is a peptide pheromone secreted by S. pneumonia that binds to a receptor called ComD, which in turn activates ComE to initiate DNA uptake and integration into the bacterial genome. CSP-ComD/E also regulates the expression of virulence factors required for infection.

In this study, Zhu and Lee developed multiple synthetic analogues of CSP by substituting amino acids on conserved residues of the protein and examined their impact on S. pneumoniae both in vitro and in mice.

One of these mutated peptides, CSP1-E1A, significantly inhibited the development of competence in DNA transformation by outcompeting CSP1 in a time- and concentration-dependent manner, the researchers report in PLoS Pathogens.

CSP1-E1A reduced the expression in vitro of two pneumococcal virulence factors – choline binding protein D and autolysin A. This effect was then demonstrated in vivo in a mouse model, in which animals administered the peptide had significantly reduced mortality from pneumococcal lung infection.

Also, in mouse models of acute pneumonia and bacteraemia, CSP1-E1A inhibited the ability of pneumococcus to acquire both an antibiotic resistance gene and a capsule gene.

“Thus, it may be beneficial to generate analogues of CSPs as drugs to reduce horizontal transfer of antibiotic resistance and virulence genes, and to attenuate virulence during infection by S. pneumoniae irrespective of their serotypes”, remark the authors.

“In the same context, chemical inhibitors […] that interfere with CSP functions may be useful as well.”