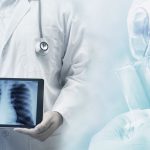 A healthcare worker recovering from Ebola virus in Italy showed evidence of persistent viral infection in his lungs days after the virus was no longer detectable in his blood, researchers reported.

The case study, appearing in the journal PLOS One, represents the first direct evidence of potential replication of the virus in the lungs, suggesting that the respiratory system may play a more significant role in the pathogenesis of Ebola than previously recognized.

It also suggests the possibility of respiratory transmission of the virus, wrote Mirella Biava, of the National Institute for Infectious Diseases in Rome, and colleagues.

“The presence of viral replication markers here reported adds some support to this possibility, although the evidence is far from being conclusive, due to the absence of recovery of infectious virus in respiratory secretion,” the researchers wrote. “Further investigation is needed to better understand the clinical significance of the involvement of the respiratory tract in (Ebola) viral replication and shedding, and possible contribution to respiratory impairment and human-to-human transmission.”

Beginning early in 2014, West Africa experienced the largest outbreak of Ebola in history, with 15,261 laboratory-confirmed cases reported as of mid-April of this year and 11,325 confirmed Ebola deaths, according to the CDC.

The male healthcare worker identified in the case study became infected with Ebola while working in a treatment center in Sierra Leone. He was evacuated to the National Institute for Infectious Diseases in Rome in mid-May 2015 and he was discharged from the center in good clinical condition on June 10, 2015.

When the researchers monitored lung levels of viral RNA known to be associated with Ebola replication and compared them with viral RNA levels in the blood, they found that the viral RNA and viral replication markers remained in the lungs for about five days after they were no longer detectable in the blood.

The healthcare worker described in the case study developed significant lung injury, consistent with interstitial pneumonia.
The researchers wrote that the hypothesis that Ebola virus can replicate in the human airway was also supported by a recently published review of 89 fatal cases of filoviral infections, including 24 Ebola cases.

The analysis showed evidence of viral replication within the respiratory tract, including the presence of viral antigens in several lung tissues, with Ebola virus nucleic acids detected in resident macrophages.