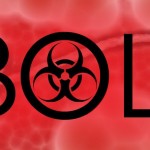 As the Ebola outbreak winds down in West Africa, with no cases reported again last week, researchers reported new findings about complications in survivors and about clinical trial findings for one of the candidate vaccines, ChAd3.

Meanwhile, the World Health Organization (WHO) said in its weekly update that no new cases have been reported from the outbreak region, keeping Guinea on track for being declared free of the disease on Dec 28 and Liberia on course for its anticipated Ebola-free date of Jan 14. Sierra Leone reached the end of Ebola transmission on Nov 7.

In its overview, the WHO said outbreak totals are at 28,601 confirmed, probable, and suspected cases, along with 11,300 deaths.

In the largest study of survivors so far, a Canadian-led research team reported on 227 individuals who were treated at a specialized clinic in Sierra Leone’s Port Loko district, which was one of the hot spots during the outbreak. The group published its findings in Lancet Infectious Diseases.

The clinic has provided care for 603 of Port Loko’s 661 Ebola survivors. The investigators looked at clinical and lab records from consecutive patients assessed at the clinic between Mar 7 and Apr 24. The team noted that their study is the largest so far to examine the after-effects of the disease.
Each patient received a clinical evaluation that included visual acuity and slit-lamp examination. Those who had eye problems also underwent dilated fundoscopic assessment.

They found that the most common conditions were joint pain (76%), new vision problems (60%), eye inflammation (18%), and hearing problems (24%). The median time between discharge from an Ebola treatment center to seeking care at the survivor clinic was 122 days.
Higher Ebola viral load during acute illness was independently associated with uveitis.

The researchers said the findings were similar to those of other studies but provide a more detailed look at the eye problems, which clinicians suspect are related to persistent virus in immune-protected areas or perhaps some other immune-mediated mechanism.
They also said urgent eye-care services are needed for survivors and should be part of efforts to strengthen the healthcare system in West Africa in the wake of the Ebola outbreak. Researchers observed that there are only two ophthalmologists and eight mid-level ophthalmological providers in Sierra Leone’s National Eye Health Program.

In a related commentary in the same issue, Luke Hunt, MBChB, and Victoria Knott, PhD, both with the Liverpool School of Tropical Medicine in the United Kingdom, wrote that the findings yield useful information for clinicians and service providers and support early specialized treatment for survivors.
They said the findings focus attention on uncertainties about the etiology of post-Ebola uveitis, which is seen in almost a fifth of patients. More research on the mechanisms is needed to guide clinical care, the two wrote.

The vaccine study describes findings from a phase 1/2a clinical trial conducted in Switzerland between October 2014 and June 2015. Volunteers were divided into two groups: those who might be deployed to outbreak areas (18 subjects) and those not deployed (102 volunteers).

ChAd3, which uses a modified chimpanzee adenovirus vector to deliver the Ebola virus glycoprotein, was developed by the National Institutes of Health and Glaxo Smith Kline. It is one of two Ebola candidate vaccines furthest along in clinical trials in West Africa’s outbreak region. The other, VSV-EBOV, has already shown high effectiveness and is being used in ring-vaccination strategies in all three of the outbreak countries.

The trial is similar to an earlier study on the vaccine but looked at outcomes further out—at 6 months.
The researchers found antibody response rates of 96% in both dosage groups, with antibodies still significantly present at 6 months. However, cell-mediated immunity was lower, ranging between 57% to 69% depending on cell type. The vaccine was safe and well tolerated, though mild to moderate systemic events were reported.

The authors concluded that safety and immunity profiles for the two dose levels weren’t much different, which they said should pave the way for phase 2 and phase 3 efficacy trials in West Africa.

In a related commentary, Darryl Falzarano, PhD, with the Vaccine and Infectious Disease Organization–International Vaccine Centre, based in Saskatoon, Saskatchewan, wrote that a range of vaccine options are useful for managing the Ebola threat. He said ring vaccination plays an important role but may not be as efficient as vaccinating specific populations, such as healthcare workers, before an outbreak.

Falzarono said the ChAd3 adds another tool for controlling future outbreaks, but he questioned whether decisions on strategies and interventions will be made only after another outbreak starts.

“The next time we face an Ebola outbreak (at least of the Zaire species) there should be something more to offer than isolation, contact tracing, and safe burials, which nevertheless will remain crucial components of outbreak response,” he wrote.