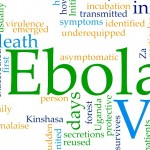 An experimental treatment for the deadly Ebola virus proved effective in about half of monkeys with disease symptoms, findings that show promise for the development of therapies for humans, according to researchers. The death rate for people infected with the Ebola virus is as high as 90 percent, and the virus has caused numerous deaths in Africa over the past several years.

In addition to being a health concern, the virus is also considered a potential bioterrorism threat. In the recent study, researchers gave the treatment, called MB-003, intravenously to monkeys 104 to 120 hours after they were infected with the Ebola virus and had developed symptoms. Forty-three percent of the monkeys recovered, according to the study published online Aug. 21 in the journal Science Translational Medicine. The MB-003 “cocktail” is made up of so-called monoclonal antibodies, which are able to recognize infected cells and trigger the immune system to destroy them, explained study first author James Pettitt, of the U.S. Army Medical Research Institute of Infectious Diseases, and colleagues.

No side effects of the antibodies were observed in the surviving monkeys, the study authors noted in an institute news release. In previous research, the same team found that the treatment provided 100 percent protection when given one hour after Ebola exposure, and protected two-thirds of monkeys who were treated 48 hours after exposure.

Currently, there are no approved vaccines or drugs to treat or prevent Ebola virus infection. And while the findings of the new study are promising, scientists note that research involving animals often fails to produce similar results in humans.