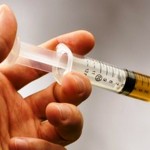 Researchers are trying to develop new flu vaccines that may provide wider protection to people by including more of the virus strains in the vaccine, a US expert told Xinhua in an exclusive interview.

The United States is currently experiencing a severe flu season, with 48 of its 50 states reporting widespread influenza activity. This season’s flu vaccine, which is recommended by officials and health experts as the most important step to fight the disease, is about 62 percent effective, according to the US Centers for Disease Control and Prevention (CDC).

“No vaccine is 100 percent effective, but vaccines are the best thing we have for many diseases,” Flor M. Munoz, assistant professor with the department of pediatrics-infectious disease at Baylor College of Medicine, Houston, said in a recent interview.

Being 62 percent effective means “if you have the vaccine, you will decrease your chance of having an influenza that requires a visit to the doctor by 62 percent,” said Munoz, adding that US researchers are trying to make future vaccines more effective.

“One of the interesting researches is to try to have more of the strains in the vaccine, and actually something you will see probably coming up very soon, maybe next season. It’s going to be influenza vaccines that will have more strains,” she said.

Currently, the influenza vaccine has two type A viruses and one type B virus, and the future vaccine should have two As and two Bs, said Munoz. “That is going to be a good thing because usually the strains are selected based on a guess about what is going to be the next virus, but if you have the two Bs there, it’s always going to be covered because the Bs do not change very much,” said the assistant professor.

There is the need to have better vaccines that have higher than 62 percent protection, said Munoz. “There are a lot of researches going on in terms of coming up with vaccine that will have higher protection for people. It is something you will also see in the future.”

Munoz stressed the importance of keeping surveillance of the viruses and keeping “looking at what are the viruses that are out there, because influenza virus changes.”

“It (virus) has mutations. There are strains that are different every years and some could be potentially more of concern, more aggressive,” she said.

There are several factors that determine the effectiveness of the vaccine on different people, said Munoz. “This year, it’s a good match as a H3N2 virus that is causing influenza in the community is the same that we have in the vaccine. So for that strain, you would expect a good protection.”

However, she noted, “There are two Bs that are causing disease this season, but the vaccine only has one B. So it’s possible that some people might still get the flu even if they were vaccinated because one of the strains is not in the vaccine.”

Sometimes, as certain people have a weak immune system, or have other medical problems, the vaccine is not going to be as effective on those people, said Munoz.

This flu season, which Munoz described as “starting early, being more severe and causing high mortality,” is a result of the H3N2 virus. “Every time we have the H3N2 as the main virus, the influenza epidemic will be more active, and we will see more diseases,” Munoz said. “This year is a H3N2 year. Last year, it was not a H3N2 that was happening, so that was milder.”

Munoz believed it is important to have the global network of surveillance of the flu activities because “this is a worldwide problem.”

“Influenza circulates throughout the world and we have epidemics during our summer, it is winter in the south and during our winter, it’s summer in the south. Actually, the way that the United States selects what influenza strains going to vaccine is by knowing what strains are circulating in the southern hemisphere, ” Munoz said. “So, any information that comes from Australia, from China and places where you could see influenza occur first is important to select the strains because that’s what we would know, ” she said.

China has a large population, a density of population which allows for the virus to be transmitted from one person to the other easily, said Munoz. “This is why it’s important that China helps everyone in the world with the surveillance identifying the virus.”

More than 200,000 people are hospitalized due to influenza each year, said the CDC. According to the US agency’s most recent weekly influenza report, all but two US states are reporting high levels of the flu, and 29 pediatric deaths have been attributed to the flu this season.

CDC figures show that influenza death toll varies from year to year, ranging from fewer than 3,000 to nearly 49,000.