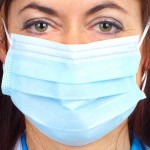 The Hong Kong Government (HKG) has announced that will recommend the Re-5 H5N1 Avian Influenza (AI) vaccine for use as an alternative for the already in use Intervet Nobilis H5N1 AI vaccine. Hong Kong maintains a mandatory vaccination policy for its local poultry farms. The recommendation came after a 12-month field trial.

Hong Kong installed its vaccination policy in 2003, but continuing re-occurrences of bird flu on some farms prompted the government to evaluate the vaccines efficacy.

The first avian influenza outbreak in Hong Kong occurred in 1997 and the H5N1 virus killed six people. Over the years, the HKG introduced a series of measures to combat AI risks. Since then there was no local human infection other than two human imported cases in 2003, one in 2010, and one so far in 2012. There was no AI outbreak in local chicken farms since 2008. However, there was one chicken carcass found infected with H5N1 in a wholesale market in 2011. The Hong Kong government concluded that the AI risk in Hong Kong remains low and stable but it is not scientifically justifiable to expect complete elimination of AI risk.

The Hong Kong government developed and adopted a series of precautionary measures in the past decade which have been proved effective in lowering AI risks in Hong Kong. These measures include:

1. Surveillance of birds at all levels such as poultry imports and local supplies;

2. Mandatory vaccination for both local and imported live chickens;

7. Reducing the number of chicken farms through a “license surrender” program. The current farm number stood at 30 with a total of 1.3 million chicken populations; and

Both the in-use Intervet manufactured vaccine and the field-trialed Harbin Re-5 vaccine demonstrate similar efficacies against the H5N1 virus.

Farmers are reported to have mixed feelings concerning the new vaccine, but the lower cost of the Re-5 vaccine is expected to sway them.