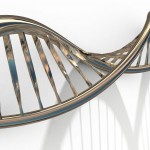 Certain kinds of viruses such as those that cause the common cold, SARS, hepatitis, and encephalitis, copy themselves using a unique mechanism, according to a team of Penn State University scientists that includes David Boehr, an assistant professor of chemistry and a co-leader of the research team. The discovery sheds light on a previously identified, but never-before-understood region of an enzyme associated with the process of replicating genetic motif D material. The research is an important step toward the improvement of existing vaccines, as well as toward the design of vaccines against viruses that have eluded vaccination strategies in the past. The research will be published in the print issue of the journal Structure on 5 September 2012.

The polymerases of many organisms, including DNA viruses, are known to have a “cupped right hand” structure — a configuration of atoms that can be described as resembling a palm, fingers, and thumb. “We’ve known for some time that, in organisms that use DNA as their genetic material, within the ‘palm’ of the hand is specific helical structure where much of the enzyme action takes place. This ‘fidelity’ helix is where nucleotides — molecules that join to form RNA and DNA — are recognized and copied,” Boehr said. “However, the polymerases of RNA viruses do not have this helix structure. Instead, the ‘cupped hand’ holds a different structure — a loop known as motif D. Until now, the function of motif D was a mystery.”

To unravel the mystery of motif D’s function, Boehr and his colleagues studied a strain of the poliovirus — an RNA virus that is similar to many other RNA viruses that affect humans. Using a technique called nuclear magnetic resonance spectroscopy, a process that probes the physical and chemical properties of atoms to determine the structure of organic compounds, they found that motif D is the functional equivalent of the helix structure found in the polymerases of other viruses. “Previously, it was assumed that motif D had no function at all or that it provided some sort of scaffolding to support the cupped palm structure,” Boehr said. “But we have found that it is responsible for identifying nucleotides and making sure that a new strand of RNA is replicated faithfully, with as few mistakes as possible.”

Boehr explained that what he and his team discovered about motif D’s function in the polio strain is applicable to many other RNA viruses such as the common cold. In addition, motif D may function similarly in retroviruses — viruses such as HIV that are replicated using an enzyme called reverse transcriptase to produce DNA from RNA genomes. “Additional studies will be necessary to confirm that motif D’s role is of equal importance in retroviruses,” Boehr said.

Boehr and his collaborators hope that motif D might provide a new direction for vaccine research. “Now that motif D has been identified as part of the mechanism by which genetic material is replicated accurately, it might be possible to use that information to create safer and more-efficient vaccines,” Boehr said. He explained that a vaccine, which is a weakened or harmless version of a virus, works by giving the vaccinated person’s immune system a “picture” of the enemy. Once the immune system knows what the virus looks like, it can recognize and defend against the pathogen when it comes into contact with the wild, harmful version.

But one concern of this strategy is the possibility that a weakened, vaccine version of a virus might evolve once it has been introduced into a population, eventually reverting back to a wild type and becoming harmful again. “Ideally, every copy a vaccine virus makes of itself inside human cells will be the original, lab-created, harmless version,” Boehr said. “So by fine-tuning motif D; that is, by making this fidelity mechanism even more faithful, it might be possible to reduce the chances that the vaccine version of the virus will mutate and evolve on its own.” Boehr added that the research also might provide a new strategy to design vaccines for some of the RNA viruses for which vaccines have not yet been developed.