Hope for a breakthrough in AIDS research 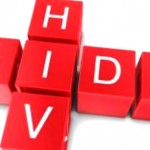 In 1987, two medical researchers, Anthony Fauci and Cliff Lane, conducted the first clinical trial of an AIDS vaccine. They took the envelope that surrounds the virus and simply injected it into study participants, hoping to get an immune response — an approach that had worked on hepatitis B. It failed on AIDS. Thus began one of history’s most consequential scientific detective stories.

AIDS, it turns out, is very different from its viral relatives. Polio, for example, infects quickly, then clears the body. AIDS survives and replicates for years. To exist, it has developed unprecedented mechanisms to escape the immune system. It is cloaked in sugar molecules, which the body doesn’t recognize as a threat. And its viral shell is constantly mutating to avoid the attachment of antibodies.

“Evolution is a smart foe,” Fauci told me in a recent interview. In virology, smart means deadly. When exposed to polio or measles, more than 90 percent of people get better — their immune system works. For the vast majority infected with AIDS, there is no protective immune response.

But herein lies the hope: In a minority of cases — about 20 percent across the world — the immune system does respond, adapting to the constant adaptations of the AIDS virus. But instead of coming in one or two weeks, the needed antibodies are produced in one or two years. By then it is too late.

Too late for the patient to be protected from infection, but useful for the researchers studying their immune response. At the Vaccine Research Center at the National Institutes of Health (NIH), researchers have developed high-resolution images of the AIDS virus at the atomic level. They have now identified four sites — called epitopes — where antibodies can bind to the surface of the virus and physically prevent duplication. (Antibodies are clunky things, about a third the size of the virus, that latch on by fitting the contours of the epitope.) These areas are conserved — meaning that the functioning of the virus requires their shape not to mutate too much. Scientists, in short, have identified a few vulnerable parts of the shield.

Targeting each of these four epitopes has pros and cons. Some are essential to the process of the virus entering the cell but harder for antibodies to access. Others are more exposed. An effective approach will go after more than one.

Properly shaped antibodies can be made in the laboratory and have proved effective in animal studies. In the past few weeks, NIH has begun a Phase 1 clinical trial, injecting the antibodies in nine people in order to measure the concentration and length of their response. But the application of this approach — called passive transfer — is limited. Even if large quantities of the antibodies could be produced economically, the protective effect of an injection would last only a few weeks to months. This might be very useful in some instances — say, for the nursing babies of HIV-infected mothers — but not in most cases.

The goal is a vaccine that causes the body itself to produce the needed antibodies. The problem is that the body’s response is a series of adaptations that come too slowly. An effective AIDS vaccine must stimulate and speed up this sequence — something that has never even been attempted before. Says Fauci: “We have to do within months in 90 to 100 percent of cases what the immune system has done in the body over two years in 20 percent of cases. This is totally virgin territory.”

So scientists are attempting to defeat a sophisticated evolutionary foe by hastening a currently inadequate evolutionary response. The project raises questions: Can the reaction be induced in everyone? Is the process too complex to be stimulated in a reasonable number of vaccinations? “We are right at the threshold of discovery and implementation,” says Fauci.

All this matters directly to the 2.3 million people infected with AIDS each year — including a quarter of a million children. But it is also a tribute to the tenacity and importance of the scientific enterprise.

HIV/AIDS emerged in the early 1980s as a nameless fear, which some initially thought could be transmitted by casual contact. Scientists identified the disease’s true avenues of transmission, researched the antiretroviral drugs that have rendered it a chronic condition for many and have now identified its vulnerabilities at the atomic level — a development that may help understand and counter the next nameless fear.

For most of history, humans have been passive in the face of plague. No longer.