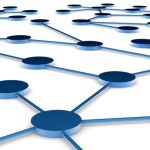 Public health researchers have long used social networks to understand the spread of infectious diseases, but those social networks often have gaps. A team of researchers recently showed that spatial analysis can help fill in those gaps, leading to a more complete picture of disease transmission and ways to mediate the risk, particularly for those who are most vulnerable.

Justine Blanford, a researcher in Penn State’s John A. Dutton e-Education Institute and GeoVISTA Center, and Jay Logan, a 2014 graduate of World Campus’ Master of Geographic Information Systems program, collaborated with Ann Jolly, an associate professor in the University of Ottawa’s School of Epidemiology, Public Health and Preventive Medicine, to track the social connections and geographic locations of risky behavior among injection drug users, street youth, men who have sex with men, and homeless people in Winnipeg, Canada. Their findings were published in the journal PLOS ONE.

“Given the connectedness of the social networks, we thought that people on the street may know each other, even if they could not recall all their acquaintances’ names during an interview,” said Jolly, who will be the opening speaker at the Department of Geography’s Coffee Hour lecture series that begins Sept. 9.

“The place where individuals engage in risk-related behaviors may be as much a part of the network of activity as the people they connect with. We found that risk activities were highly concentrated in certain neighborhoods, reflecting the compact spatial nature of the majority of the social connections,” said Logan.

“We know that location is important in this context due to two specific phenomena: the reuse of contaminated injected drug equipment, which may be discarded in these risk activity spaces and surroundings, and by the organization of sex worker strolls or territories by street or street corner,” Jolly said.

Unlike other recent studies on human movement, this one did not rely on cellphones or social media to collect data. Social network data was obtained using respondent driven sampling. Fifteen initial participants were chosen based on their responses to a questionnaire about their drug and sexual risk behaviors, social capital, neighborhood characteristics, access to health care, social network members, and risk interactions. Each participant was then given three coupons and contact numbers to distribute to friends and family members. People who received the coupons could contact the research nurse for an interview as well as for three coupons that they could give to three new friends or contacts.

Geographic locations of named street intersections were collected by asking questions such as: “Thinking of the place above where you have injected most frequently, what is the nearest intersection to that place?” Each geographic location was verified using OpenStreetMap as a base layer and a point was manually added to represent that location.

“We performed two analyses,” Logan said. “First we reconstructed the social network of participants to understand how participants were linked and how large these components were. This provided a baseline from which to compare the influence of locations. What we saw with this analysis was that small groups of participants formed through respondent-driven social connections but no discernible overall community of connected street people.”

In the second analysis, location was included when constructing the social networks. Links were formed by connecting each individual’s residence to his or her risk sites and recruits’ residences.

“After adding the spatial data to the social network analysis, we found a much more cohesive network than the one identified by person-to-person connections alone,” Blanford said. “Without the strong influence of several key sites, the network was split into a high number of islands, but by taking place into account, we were able to show the overlap of the different social network components with risk venues.”

Implications of this work are far-reaching.

Community health care workers can use this kind of analysis to target the best outreach sites to help the most people at risk. These risk spaces, when enclosed, are clear contenders for the transmission of other diseases, such as tuberculosis. Certain institutions, such as prisons, are important meeting and transactional places, even if they are not centrally located, and function for these vulnerable populations as a small-world network, like major airport hubs, the researchers said.

Blanford, Jolly and Logan hope to share their findings with the street people and social service providers.

“I think it shows that networks of street people, although they may be small, are actually strong, resilient and form reliable channels of information. I hope that people providing health services can use this information to improve their outreach and use of peer educators, argue for more resources to address the issues, and better organize their prevention efforts,” Jolly said.