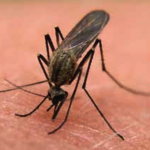 Mosquito saliva, which is long-known to help the transmission of infectious agents into the host, is also found to inhibit the virus in case of Dengue infection.

A protein named D7, which is present in Aedes aegypti mosquito spit, inhibits the transmission of Dengue by binding to the virus in both human cells and mice. However, antibodies against D7 that have developed in humans as a result of earlier exposures counteract the protein and paves way for transmission of virus as well as increase severity of the infection.

In the study published in PLOS Neglected Tropical Diseases, lead researcher Michael Conway, from Central Michigan University College of Medicine, and his team, explored the possibility of using mosquito saliva and its midgut protein in blocking the transmission of Dengue virus. It is said that the above approach has an advantage over vaccines based on viral proteins because the development process of the said vaccines is influenced by currently circulating strains and mutations.

The proteins from salivary gland of A. aegypti mosquito were previously isolated by the investigators to study their role in the transmission of Chikungunya, Dengue and Zika viruses into the host. After careful analyses, the D7 protein that is present in the mosquito saliva and is helpful in its blood feeding process was found to be having the inhibitory functions.

To test the D7 protein’s inhibitory function against Dengue virus 2, the researchers exposed two groups of Dengue virus- susceptible mice — one each to the virus alone and virus with D7.

Reduced levels of Dengue virus RNA was found in both lymph nodes and exposure site in the mice exposed to virus with D7.

As D7 triggers strong immune response in the host, the proteins are counteracted by antibodies developed as a result of prolonged exposure to mosquito bites. As a result, the protein that could offer protection against virus transmission is inhibited by the antibodies giving an adverse effect.