Kenya: Avoid tetanus vaccine at your own risk, WHO warns 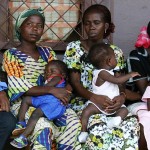 The World Health Organisation (WHO) is encouraging mothers to continue taking the tetanus vaccine which it says is safe, contrary to claims made by the Catholic Church.

WHO Director of Reproductive Health and Research Marleen Temmerman says extensive research has been done to prove that the drug is not laced with hCG, an antigen usually used in anti-fertility drugs.

Temmerman urged pregnant women to continue with the vaccination program and not let the ongoing tussle over the contents of the drug deter them as tetanus was fatal especially if both mother and child were infected.

“The tetanus jab has to be continued because every day that you stop the vaccination program you stop the chapter. There will be a pregnant mother who will not have received the vaccination and whose children are at a higher chance of dying because of missing the vaccine because of tetanus. So please, continue the jab; do whatever investigation is needed until proven otherwise,” she warned.

She further welcomed the government’s move to conduct a joint test with religious leaders to clear the air over the matter.

“We received the allegations and we have taken it up as the oversight committee and I want to assure you that this will be handled as soon as possible. As at now, I would like to say that it is important that women and children get vaccinated,” the National Assembly Chairperson of the Health Committee, Rachel Nyamai emphasised.

Nyamai urged the government to step up efforts to purchase its own drugs so as to avoid relying on donor groups and thereby counter claims of ill-motives by donors.

“We are receiving most of this vaccines paid for almost 90 percent. It’s also a challenge to our own government that we need to up our game, and ensure that we also participate in financing for vaccines,” the she posed.

Catholic Bishops had taken issue with the second vaccination campaign which they claim was done in secrecy.

They raised questions over whether the secrecy was due to the fact that the tetanus vaccine was linked to a population control program that has been reported in some countries across the world.

Meanwhile, legislators have been urged to prioritise maternal health issues so as to reduce the rate of maternal deaths.

During a meeting organised by the National Council for Population and Development in collaboration with the World Bank, USAID and UNFPA, the legislators were advised to prioritize maternal health issues during the national planning and budgeting process.

A consultative meeting was held earlier in August, with governors from 15 counties, the worst hit in terms of maternal mortal rates.

The governors pledged to accelerate efforts to reduce the rates.

According to a report by UNFPA, “Only 44 percent of Kenyan women give birth in the presence of skilled health personnel, who are able to address complications. Only 39 percent of women use modern methods of birth control, which, by allowing women to space and plan their pregnancies, reduces the risk of maternal death. And 106 girls give birth out of every 1,000 girls aged 15 to 19.