Korean Peninsula: Reunification could result in rise in infectious diseases 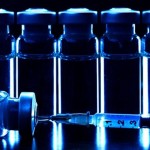 On a reunified Korean Peninsula, a resident of a rural area in North Hamkyong Province relocates to a large city in South Korea to get a job. In North Korea, train stations and bus terminals are crowded with people heading for the South.

The man appears excited to start a new life in the South, but health checkups for North Koreans are delayed in the South due to administrative work because of a massive influx. The man had tuberculosis, or TB, in the North but could not get proper treatment there. Given the lack of regular intake of medicine, he fails to get cured of the disease. The disease rapidly spreads to people living in South Korea.

This virtual scenario was created by The Dong-A Ilbo based on the Korea National Institute of Health`s report “Healthcare Plan for Future Reunification” exclusively obtained by Dong-A. The report said two million, or 8 percent, of the North`s 24 million population would move to the South within three years following reunification. Over the longer term, six million people in rural areas of the North will likely relocate to South Korea or industrial cities in the North, the report added.

The biggest potential problem is TB, a respiratory disease that spreads through air. TB patients account for 5 percent of North Korea`s population, with 10,000 to 20,000 people dying from the disease every year.

Assuming that 100,000 people have TB among the two million North Koreans expected to move to the South, the report said, up to 10 million South Koreans will be newly infected. One patient spreads the disease to at least 10 people within a year.

The Korea National Institute of Health`s Director Cho Myung-chan said, “In North Korea, many people stop taking drugs before TB treatment is complete. The danger is that the disease develops a tolerance to drugs.”

Young people are the most vulnerable to the disease. A BCG vaccination is usually given in infancy, but the immunity effect disappears in one`s late teens. Worse, lack of exercise and overeating are lowering the bodily immunity of young people.

TB infections have recently been reported in high schools and private education institutes. South Korea ranks first among member countries of the Organization for Economic Cooperation and Development in the TB prevalence rate, with 97 infected among every 100,000 people in 2010.

Malaria is another worry. In South Korea, no case of the disease has been reported since 1984 after a campaign to eradicate it began in the 1960s. In 1993, however, a malaria patient was reported in Paju, Gyeonggi Province, a South Korean city near the inter-Korean border. The cumulative number of malaria patients since has reached 280,000 in South Korea.

The infection rate is especially high in inter-Korean border areas in the northern regions of Gyeonggi and Gangwon provinces and Incheon. If North Koreans with malaria, which has a long incubation period, move to densely populated cities in the South, the disease could spread fast via mosquitoes.

Reduction of confusion and cost needed

Yet another potential disaster is intestinal parasites. In 2005, a feces study for residents in North Korea`s North Hamkyong Province found that 43.2 percent of them had roundworm and 40.3 percent had whipworm, levels similar to those in South Korea in the early 1970s. In the South, the rate of intestinal parasite infection is at the 2-percent level.

Kim Dong-soo, an intestinal parasite professor at Inha University, said, “Intestinal worms that are prevalent in poor countries can occur and spread fast. It is urgent to examine the actual state of infectious diseases in North Korea.”

Cho added, “We must conduct a condition survey in North Korea to create a system to manage infectious diseases and minimize social confusion and treatment costs. The two Koreas have a bigger health divide compared to East and West Germany, meaning reunification will bring a lot more confusion.”

The report was submitted to the National Science and Technology Commission, which will devise plans by reflecting the report`s content in its five-year and longer term science-technology promotion plans.