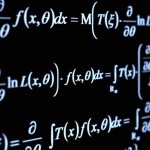 A paper to be published this week in the SIAM Journal on Applied Dynamical Systems presents a mathematical model to study the effects of individual movement on infectious disease spread.

“The impact of human mobility on disease dynamics has been the focus of mathematical epidemiology for many years, especially since the 2002-03 SARS outbreak, which showed that an infectious agent can spread across the globe very rapidly via transportation networks,” says mathematician Gergely Röst. Röst is co-author of a paper to be published this week in the SIAM Journal on Applied Dynamical Systems that presents a mathematical model to study the effects of individual movement on infectious disease spread.

“More recently, the risk of polio in Europe has been elevated by human migration, and many countries were concerned about the possibility of Ebola getting out of West-Africa,” continues Röst, who co-authored the paper with Diana Knipl and Pawe? Pilarczyk. “There are several mathematical tools that can help in assessing how mobility facilitates disease spread, including multipatch compartmental models which are suitable to describe local disease dynamics as well as travel patterns between distinct locations, such as major cities.”

The basic reproduction number—referred to as R nought or R0—the central quantity in epidemiology, determines the average number of secondary infections caused by a typical infected individual in a susceptible population. In most cases, when the reproduction number is less than 1, the system has only the “disease-free” equilibrium, and the disease is expected to die out. As the number increases through 1, a stable “endemic” equilibrium emerges, that is, the disease is maintained in the population without the need for external inputs.

“Usually, to control an epidemic it is sufficient to decrease the basic reproduction number, R0, to below one,” explains Knipl. “However, some models exhibit an interesting phenomenon called backward bifurcation, in which case the disease can sustain itself even if the reproduction number is less than one, thereby making disease control more difficult. In recent years, there has been a stream of papers in the literature investigating when such a bifurcation situation can occur in the study of various diseases.”

When a backward bifurcation occurs, stable endemic equilibria can co-exist with a stable disease-free equilibrium even when the reproduction number is less than one. This makes it insufficient to simply reduce R0 to below 1 in order to eliminate disease. R0 must be further reduced to avoid endemic states and ensure eradication. Hence, a backward bifurcation has important public health implications.

The impact of individual mobility on disease dynamics is investigated by the authors by studying the spread of disease when the population is distributed over two geographically discrete locations, connected by travel. The model uses a three-dimensional system as an epidemic building block, and then adds linear terms to equations to account for inflow and outflow of individuals during travel.

“In our research, we investigated the interplay of backward bifurcation and spatial dispersal. As no such study has been done before, we started with a minimal system that includes only two patches and three compartments in each location such that the local dynamics shows backward bifurcation,” explains Knipl. “It was fascinating to see how rich dynamics were generated by our model: instead of the usual disease free and single endemic equilibria, we found that up to nine equilibria can exist.”

The authors calculate the basic reproduction number for the two-patch model, allowing corresponding parameters in the two regions to differ. The analysis then focuses on the effect of spatial dispersal between two identical patches.

Disease eradication in one patch is impossible as long as infection is present in the other region and R0 is greater than 1. The authors also show that spatial dispersal of individuals won’t decrease the epidemic size when R0 is larger than 1. But for R0 less than 1, they show that a large number of steady states can exist in the model and increasing travel volumes can create or destroy these equilibria. The authors then define a critical value for the reproduction number, decreasing the value below which ensures disease eradication.

The rich dynamics resulting from spatial dispersal is not normally seen in simple epidemic models. The stability of steady states and their bifurcations and dynamics are investigated with analytical tools and numerical simulations.

“One of the innovative aspects of our research is the application of three different approaches to the analysis of the dynamics. Classical analytical methods are complemented with numerical simulations, and also with rigorous set-oriented numerical methods,” says Pilarczyk. “Set-oriented numerical methods are special numerical tools in which sets of solutions are analyzed collectively, as opposed to following individual trajectories. They require substantial computational resources, but provide mathematically reliable results.”

While the model was not constructed to study a specific epidemic, the authors say that it can be considered as a prototype system that unites two phenomena that have been studied only separately before. They believe that similar bifurcation diagrams will be found in the future when studying more realistic models concerning a wide variety of diseases. They hope their paper will motivate such future work whenever spatial mobility and backward bifurcation are intertwined.