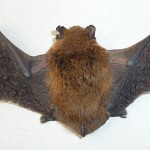 Researchers have identified two critical mutations allowing the deadly Middle East Respiratory Syndrome (MERS) virus to transmit from bats to humans. The findings were published in the most recent edition of the Journal of Virology.

Leading the research was Fang Li, Ph.D., associate professor of Pharmacology at the University of Minnesota Medical School. Graduate students Yang Yang and Chang Liu from Professor Fang Li’s lab participated in the research. The study was conducted in collaboration with Shibo Jiang, M.D. , Ph.D., and Lanying Du, Ph.D., from the New York Blood Center, Zhengli Shi, Ph.D., from Chinese Academy of Sciences, and Ralph Baric, Ph.D., from the University of North Carolina.

MERS is in the same virus family as Severe Acute Respiratory Syndrome (SARS) responsible for a global epidemic in 2003. MERS was first diagnosed in 2012, and has since infected over 1100 people. The illness is deadly in about 40 percent of people who contract it. Recently, MERS has spread to South Korea, where the numbers of infected cases and quarantined people are rapidly rising.

Last year, Li and his colleagues published a paper in Proceedings of the National Academy of Sciences, revealing bats as the likely native reservoir for MERS virus.

In this new study, researchers compared the sequences of MERS virus and MERS-like bat viruses, and found two mutations were sufficient to change MERS-like bat viruses from being unable to infect human cells to efficiently infecting human cells. For viruses to infect host cells, they first need to attach to a receptor on the host cell surface, and then are activated by host enzymes, called proteases, triggering the fusion of viruses and host cells. The two mutations in MERS virus allowed the virus to be activated by human proteases, and hence played a critical role in the bat-to-human transmission of MERS virus.

Based on these studies, Li stresses it is critical for scientists to examine the different evolutionary strategies used by viruses so scientists can understand how viruses transmit from animal reservoirs to humans.