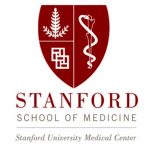 Researchers at Stanford University School of Medicine have potentially added to existing knowledge with regard to how Zika virus affects the developing fetal brain.

In a study published on September 29 in the journal Cell Host & Microbe, the research team infected in vitro cultures of human cells with the mosquito-borne virus, which has been linked with the birth defect microcephaly in babies born to infected pregnant women. They found that cranial neural crest cells, which are involved in the development of the bones and cartilage in the skull, are vulnerable to Zika virus, highlighting a potential mechanism for how children born with the virus can develop microcephaly.

“Development of the brain involves complex interactions with surrounding tissues, one of them being the neural crest, which forms bulk of the craniofacial structures,” study co-author Joanna Wysocka, PhD, a chemical and systems biologist at the Stanford University School of Medicine, told Contagion. “It is known that a signaling crosstalk between developing brain and face exists. In our study we show that signals that the neural crest cells secrete are changed by Zika infection, and that these changes are sufficient to alter survival and differentiation of neural progenitors. So our hypothesis is that during pregnancy, infection of the crest results in the diminished numbers of neural progenitors and neurons, resulting in altered growth of the brain and microcephaly.”

Indeed, Dr. Wysocka and her team began exploring Zika’s effect on cranial neural crest cells because of their integral role in the developing brain. They hypothesized that infection of cranial neural crest cells by the virus could disrupt their communication with other cells in the fetal brain. Through in vitro studies, they found that Zika virus has a different effect on crest cells than it does on neural progenitor cells, which have been associated with microcephaly for some time. In neural progenitor cells, Zika infection quickly leads to cell death. In cranial neural crest cells, however, it does not lead to high rates of cell death; rather, the virus causes these cells to secrete signaling molecules that promote the formation of new neural cells.

Via cell culture, Dr. Wysocka et al found that elevated levels of these molecules induced premature differentiation, migration, and death of human neural progenitors. As significant as these findings are, Dr. Wysocka emphasizes that she and her team still have no direct evidence that Zika virus infects cranial neural crest cells in animals or humans, nor evidence that such infection would be sufficient to result in microcephaly, because their studies were in vitro.

“Since the aforementioned signaling crosstalk occurs primarily in the first three months of embryogenesis, our findings may support epidemiological studies suggesting that first trimester of pregnancy is the critical risk period for Zika infection,” she said. “[However], it is important to note that our study was performed entirely in vitro, with human cells grown in the dish. I would like to see validation of our results in vivo, in animal models.”