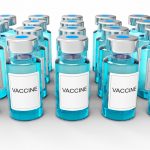 Researchers in Mexico have developed a new method to produce vaccines that could extend vaccine shelf life, reduce costs, and eliminate the need for cooling, according to a new study.1

Vaccines currently available also must be maintained at 4 degrees Celsius from the time they are produced until they are injected in patients.

“This is called the cold-chain and according to several studies it can represent up to 80% of the vaccine cost,” Vaca said. “The need for constant cold-chain complicates vaccine distribution in rural areas where there is no electricity and keeping the vaccines at 4 degrees Celsius for weeks is not feasible.”

The vaccine production process developed by Vaca and other researchers doesn’t require the use of the cold chain. It also reduces costs typically associated with the lengthy purification processes currently used, by relying on nanoparticles, which can be easily purified in most cases by a single step centrifugation.

“Another relevant cost is restocking, this is required because most vaccines have a shelf-life of weeks or months,” he said. “Our technology produces vaccines with shelf-lives of several years.”

The vaccine production process uses a strategy typically used in insect viruses that allows them to survive outside their host for extend periods of time.

“A key component of this strategy is a protein known as polyhedrin that forms crystals around the virus, protecting it from the environment,” said a news release highlighting the results of the study published in BMC Biotechnology.2

The research team had previously found that a short sequence of the first 110 amino acids making up polyhedron (PH(1-110) is able to maintain the ability of a full length protein to form crystals, even when viruses are attached to it.

“Combining part of porcine circovirus, which can cause disease in pigs, with PH(1-110) has been shown to prompt the production of antibodies in vaccinated pigs,” the release said.

To test the strategy of using PH(1-110) as a vaccine carrier, the study’s authors combined PH(1-110) with a green florescent protein (GFP) typically associated with a weak immune response. Once polyhedron crystals had formed around the protein, the mice were injected with the PH(1-110) crystals, according to the release.

Researchers found that the mice who received the injection showed a strong immune response, similar to those mice who had been injected with GFP and an adjuvant.

“As PH(1-110) could be paired with any protein, our technology opens up the possibility of reducing the cost of conservation and distribution of vaccines by about 80%– the cost of the temperature-controlled supply chain,” Vaca said in the release.

He told Drug Topics the vaccine platform is currently being tested in animal vaccines for veterinary use and has been tested in 4 different disease states so far.

If researchers continue to see positive results, Vaca said the universal platform could also have benefits for pharmacists.

“Our platform will ease the work of pharmacists because strict surveillance of expiration dates for different vaccine stocks is no longer required, since our vaccines will have shelf-lives of several years,” he said. “Initial testing indicates that a 10-year shelf-life may be easily attainable for some vaccines.”