No vaccine against ignorance 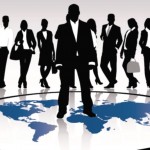 In the absence of credible, strong political leadership, paranoia about disease can go viral. We’ve seen this happen around the world with a wide range of illnesses, from swine flu to SARS to Ebola.

And even after threats are addressed, a new form of conspiratorial thinking often emerges, focused not on the microbes but on the tools used to keep the germs at bay — especially vaccines.

Since 2008 the Council on Foreign Relations has been publishing weekly updates on an interactive map of vaccine-preventable diseases, and the map is now robust, dense with six years of data. One terrible truth stands out: Misinformation and rumors from just one persuasive voice, delivered effectively, can derail entire immunization campaigns and persuade millions of parents to shun vaccinations for children.

In 2007 Maulana Fazlullah, who heads the Pakistani Taliban, went on Pakistani radio and denounced vaccinations as a conspiracy of Western nations to render Muslims infertile. A few years before that, a handful of political and religious leaders in Nigeria advocated boycotting polio vaccinations, claiming the products were contaminated with sterilization agents, HIV or cancer. The misinformation resonated with parents.

In Nigeria, mothers refused immunization for their babies and the number of polio cases there doubled in a year, going from 355 in 2003 to 782 in 2004. It has taken years to recover the lost ground in West Africa, with Nigeria finally reporting only six cases this year.

In Pakistan, the Radio Mullah was given an assist in 2011 with the release of “Zero Dark Thirty,” which falsely connected the CIA to a polio vaccination ruse that was part of an attempt to catch Osama bin Laden.

In reality, the CIA used a false hepatitis B vaccination scheme in hopes of testing the syringes for evidence of Osama bin Laden’s genes. The fake vaccine effort failed when the immunizer was denied access to the Bin Laden children. But the movie’s incorrect linking of it to polio immunization provided the Taliban with “evidence” that its campaign had merit.

Today, vaccinators and health care workers are targeted for bombings and assassinations, and children in Pakistan are suffering. Our research clearly demonstrates the correlation between an increase in Taliban propaganda and assaults on health workers and the resurgence of polio.

Worse, recent outbreaks of polio have been linked to Pakistani-trained combatants who have carried pathogens to Syria and Iraq, along with anti-immunization ideology.

And anti-vaccine sentiments aren’t limited to the developing world. The effects of Andrew Wakefield’s thoroughly debunked 1998 Lancet study claiming links between vaccinations and autism are still being felt in the Western world. Outbreaks of pertussis in wealthy California communities, of mumps in Ohio college towns and of measles throughout the United Kingdom demonstrate the broad impact of the movement.

In light of the paranoia evoked by Ebola, political and public-health leaders must appreciate that not a single voice dispensing misinformation should go unchallenged. The general public has proved its inability to reach a rational conclusion when fear clouds its judgment. In the case of the purported associations between autism and vaccines, the concept has gone viral in some of America’s most highly educated communities.

Too many political leaders around the world have either fanned the flames of fear or have shrugged off responsibility for dispelling them, assuming that countering conspiracies and false worries is a job for doctors and public health officers.

In Islamabad, Abuja and Sacramento alike, political leaders need to confront false fears. Every baby who has died of pertussis in California, been paralyzed by polio in Pakistan or suffered from measles in the UK represents a tragedy that might have been prevented.