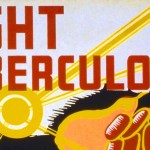 A new study published in The Lancet has found that patients in South Africa with untreatable tuberculosis are being discharged into the community, which, according to researchers, is contributing to the spread of the disease.

Tuberculosis (TB) is an infectious disease caused by the bacteria Mycobacterium tuberculosis. The bacteria can easily spread from person to person through airborne particles.

The disease primarily affects the lungs, but it can also affect other organs. Typical symptoms of the disease include persistent coughing (in which a person can bring up blood), weight loss, night sweats, a fever, tiredness and fatigue, and loss of appetite.

The Centers for Disease Control and Prevention (CDC) states that TB is one of the most deadliest diseases in the world.

In 2011, almost 9 million people around the world became ill with tuberculosis, and there were approximately 1.4 million related deaths.

TB is treated with multiple antibiotics, which need to be taken for approximately 6 months. Some forms of TB are drug-resistant, meaning some patients may have to take antibiotics for up to 18 months in order to combat infection.

But there are also extensively drug-resistant (XDR) and totally resistant TB types, meaning antibiotics are unlikely to treat patients with these forms of the disease.

In the background information of the study, the research team, led by Prof. Keertan Dheda of the Department of Medicine at the University of Cape Town in South Africa, notes that the long-term treatment-related outcomes of patients with these forms of TB are unknown.

Therefore, they decided to carry out an analysis on 107 patients from three provinces of South Africa who had been diagnosed with XDR-TB between 2002 and 2008. All patients were followed-up for 5 years.

Of these patients, 56 had isolates (a culture of microorganisms) genotyped in order to determine what strain of TB they had, and all of the isolates were tested for their susceptibility to 10 first-line and second-line anti-tuberculosis drugs.

The researchers found that overall treatment outcomes were poor, even though all patients were treated with an average of eight anti-tuberculosis drugs.

Approximately two-thirds of patients were resistant to a minimum of eight drugs, and one patient was resistant to all 10 drugs tested.

However, Prof. Dheda says that what is most concerning about their findings is the number of infectious XDR-TB patients who were discharged into the community.

The study revealed that 42% of patients who had failed anti-tuberculosis treatment were TB culture positive, even though they had a minimum of 12 months treatment. Of these patients, one-third were deemed at high risk for transmitting the disease.

In addition, the researchers found that these patients survived in the community for an average of 20 months – a lengthy time period during which they could infect others.

The investigators note that by using DNA finger printing, they were able to confirm that one XDR-TB patient, who had failed treatment and was discharged into the community, transmitted the infection to his brother, who eventually passed away.

Prof. Dheda says that many patients who fail anti-tuberculosis treatment in South Africa are released back into the community because the hospitals do not have enough bed space to accommodate them long term.

Prof. Dheda notes that although governing bodies and policy makers in South Africa have limited resources – and the resources they do have focus on other healthcare priorities, such as HIV and maternal and child health – more needs to be done to combat and prevent drug-resistant TB.

In a comment article linked to the study, Max O’Donnell, of the Albert Einstein College of Medicine, and Neil W Schluger, of the Columbia University College of Physicians and Surgeons – both in the US – say that these study findings “should serve as another urgent alarm for global public health,” but that resources may be holding back further TB research.

They write: “Major new investments in drug development, diagnostics, and operational research are sorely needed. Unfortunately, as a recent report from Treatment Action Group indicates, global TB research budgets are shrinking, not growing. The situation regarding MDR (multi-drug resistant) and XDR-TB is bleak.”