Preparing for a dengue fever vaccine: why Brazil’s ahead of the game 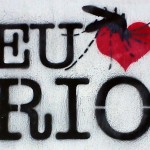 Six dengue vaccine candidates are in various stages of clinical development but developing countries will not receive the benefits if planning does not start now.

Dengue fever is now endemic in more than 125 countries. Six vaccines are currently in clinical development and policymakers and global health leaders need to be ready for when they come on the market.

The World Health Organisation (WHO) has called dengue fever the fastest spreading vector-borne viral disease with “epidemic potential” and “staggering” consequences. In the past 50 years, the number of reported cases has increased 30-fold. While the WHO estimates that 50-100m dengue infections occur each year, a new Nature study calculated that nearly 400m infections occurred in 2010 – four times as many as the official estimates.

Transmitted by mosquitoes, dengue is a painful illness that causes severe headache, muscle and joint pain, vomiting and skin rash. In some cases, it can lead to circulatory failure, shock, coma and death. But dengue’s impact goes beyond health. Recent studies on the impact of dengue put the economic cost at approximately $2.1bn per year in the Americas and more than $950m per year in Southeast Asia. Despite these high figures, the true economic impact could be much worse when accounting for under-reported and misdiagnosed infections.

As dengue fever continues to spread and threaten the stability of health and economic systems, we must accelerate efforts underway by governments, international agencies, the pharmaceutical industry, and partners in the scientific, academic and NGO communities.

While no vaccine is currently available, notable progress has occurred. Worldwide, six dengue vaccine candidates are in various stages of clinical development, and many others are in preclinical stages. Developing countries with high prevalence rates, interested in implementing a vaccine programme, must begin preparation now in order to avoid delays – as long as a decade or more – that could prevent the most in-need communities from receiving these essential interventions.

“One of the key lessons of the last several decades of vaccine development and introduction is that developing countries will not receive the benefits of a new vaccine if planning does not start early,” said Richard Mahony, former coordinator of policy and access for the Dengue Vaccine Initiative (DVI), in a guide published last year to help countries with endemic dengue to prepare for vaccines.

DVI, a consortium of the International Vaccine Institute, WHO,International Vaccine Access Center of the John Hopkins University Bloomberg School of Public Health, and Sabin Vaccine Institute, is working to lay the necessary groundwork to help developing countries consider and prepare for a dengue fever vaccine. DVI recommends that countries where dengue is endemic prepare for licensing decisions, conduct surveillance and develop immunisation, financing and communications strategies. These steps will enable countries to introduce vaccines faster and more effectively.

With a recent grant from the German Federal Ministry of Education and Research, DVI will collaborate with Instituto Butantan, a biomedical research centre in São Paulo, Brazil, and Vabiotech, a vaccine manufacturer in Hanoi, Vietnam, to support the research and development of new dengue vaccines. This strategic partnership with local manufacturers is important because it “will help ensure the availability and supply of more dengue fever vaccines on the market, which will help increase access and affordability of the vaccines for those in greatest need”, explains Dr Georges Thiry, acting director of DVI.

Both Vietnam and Brazil are impacted by dengue fever. Vietnam reportedover 60,000 cases of dengue fever in 2012, while Brazil reported over 1.4 million cases by November 2013. Recently, concerns about dengue fever in Brazil have made even more headlines than usual as frenzy over the World Cup, hosted in Brazil this summer, intensifies; a tremendous influx of people in dengue-endemic areas could be problematic.

Still, Vietnam and Brazil are dedicated to identifying solutions and working with a broad range of public and private partners. For instance, Vietnam is pursuing both vaccine development and novel vector control management, such as the use of naturally occurring Wolbachia bacteria-infected mosquitoes, to control the disease. This approach is being explored because Wolbachia-infected mosquitoes cannot carry the dengue virus. Meanwhile, Brazil’s ministry of health is working with the Pan American Health Organisation, conducting studies, improving surveillance and also exploring novel control methods such as Wolbachia.

Partners must act now, and together, to halt the spread of dengue fever. Through immediate and long-term solutions, including more rigorous surveillance, increased vector control – controlling mosquitoes in the environment through insecticide spraying and emptying of containers that collect rainwater – and new vaccines, we can reduce the devastation that dengue fever threatens us with.