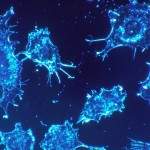 The new study, published in the journal Lancet, shows that the success of this vaccine may offer future women the hope to avoid the current surgery which short-circuits the disease but threatens their ability to have a baby.

According to the US Centers for Disease Control and Infection, the goal of the vaccine trials was to find a nonsurgical means to treat precancerous lesions caused by human papillomavirus (HPV), which is currently the most common form of sexually transmitted infection and can lead to cervical cancer.

Meeting their expectations, the vaccine removed high-grade precancerous cervical lesions in almost half of the women who received it during trials, said scientists. The vaccine, which teaches the immune system cells to recognize precancerous and cancerous cells, was developed by University of Pennsylvania scientist David Weiner.

How the vaccine trial works

One of the convenient outcomes of the vaccine is its opportunity and lowered risk in timing.

“It typically takes about 10 or more years for precancerous cells to become cancer, so there is a window of opportunity to intervene with nonsurgical approaches,” said Cornelia Trimble, professor of gynecology and obstetrics, oncology, and pathology at John Hopkins University School of Medicine.

Between 2011 and 2013, 167 women ages 18 to 55 who had been recently diagnosed with high-grade precancerous cervical lesions were involved in the study. Through random assignment over a 12-week period, the women either received the three doses of the vaccine or saline injections.

Out of the 114 women who received at least one vaccine dose, 55 had regression of their precancerous lesions to either low-grade lesions or disappearing altogether—that’s 48.2 percent! The women who received the saline had only a 30 percent regression with 12 of the 40 women showing improvement.

With the women who received all three vaccine doses, the regression rate was closer to 50 percent in 107 women.

“In many of these women, the vaccine not only made their lesions disappear, but it also cleared the virus from their cervix,” Trimble continued. “In most unvaccinated patients who lesions went away, the virus was still present, and many still had low-grade lesions.” With the disappearance of the HPV virus, the risk of recurring cervical lesions is significantly lowered.

Despite recent progresses in years past in cervical cancer research, 12,000 women are diagnosed in the United States each year, and about 4,000 never recover. If lesions are found, typically they have to be removed by surgery, freezing, or laser treatment, procedures that remove precancerous areas in about 80 percent of women, but with potential side effects in fertility.

“Every standard therapeutic option for women with these lesions destroys part of the cervix, which is particularly relevant for women of childbearing age, who may then be at risk for preterm birth due to a weakened cervix,” Trimble said.

“A vaccine able to cure precancerous lesions could eventually be one way women can avoid surgery that is invasive and can also harm their fertility.”