Rare flu strains could be key to super-vaccine 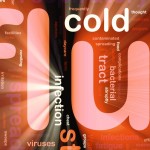 Rarer forms of flu may be the key to producing a vaccine giving protection against many different strains, scientists believe.

Research suggests that immunisation against bird flu strains that do not usually threaten humans may provide the nearest thing yet to a universal flu vaccine.

Exposure to an unfamiliar flu strain causes the immune system to release broadly effective antibodies, the study shows. The discovery raises the possibility of vaccinating people against H5N1 and H7N9 bird flu strains, though neither has yet caused an epidemic.

Both strains have caused serious and sometimes fatal infections in Asia, typically passing from birds to people via poultry.

But neither has spread through populations from person-to-person.

Research suggests that although such transmission is possible, it is extremely difficult.

The secret to producing a universal flu vaccine is to find a way of targeting the stem rather than the head of the virus.

Unlike the head, the stem mutates little and is less able to evade vaccine antibodies by changing the shape of its proteins.

Study leader Dr Ali Ellebedy, director of the Emory Vaccine Centre in Atlanta, US, said: “Our previous research led us to hypothesise that immune responses to the stem region are likely to be stronger after exposure to … molecules derived from flu viruses which the human population has been minimally exposed to.”

A wide-ranging immune response was initially seen in patients infected by the H1N1 swine flu strain. At the start of the 2009 pandemic, H1N1 was unfamiliar to most younger adults who had no immunity to it.

Ellebedy’s team analysed volunteers’ immune system responses to a vaccine against the H5N1 bird flu strain. The researchers found that levels of stem-targeting antibodies rose an average of four-fold after the first H5N1 vaccination.

However, a subsequent booster shot produced only a feeble anti-stem response. Instead, antibodies targeting the head of the virus now dominated.

Familiarity with H5N1 appeared to switch the immune system’s focus from stem to head, making the vaccine less likely to be effective against other strains.

Writing in the journal Proceedings of the National Academy of Sciences, the scientists concluded: “Our findings delineate a potential vaccination strategy where H5N1 or H7N9 immunisation could be used not only for immunologically priming the population to quickly respond to serious pandemic influenza threats, but also for generating broadly neutralising antibodies against influenza in humans.”