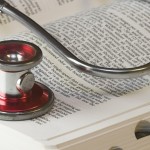 According to data from the Centers for Disease Control and Prevention, around 12,000 people die every year from HCV-related liver disease.

A researcher from Miriam Hospital has teamed up with an international panel of colleagues to discuss new strategies for improved management, assessment and treatment for hepatitis c infection among individuals who inject drugs.

Dr. Lynn E. Tyler, an HIV specialist focusing on HIV and viral hepatitis co-infection at Miriam Hospital in Rhode Island, was the only American physician invited to join the international panel of experts who are the first to issue these kinds of recommendations. The recommendations developed by the panel were published July 24 in the journal Clinical Infectious Diseases, a few days prior to World Hepatitis Day on July 28.

These new recommendations are part of a supplement titled Prevention and Management of Hepatitis C Virus Infection Among People Who Inject Drugs: Moving the Agenda Forward, which was a collaborative work between the panel and the International Network on Hepatitis Care in Substance Users.

“In well-resourced parts of the world, most hepatitis C exists among people who currently inject drugs and those who have injected drugs in the past. However, treatment access and uptake among this population remains low – even though we increasingly have effective treatments for hepatitis C, which is a curable disease,” Taylor said.

“Research supporting our recommendations – the first international set ever released for treating hepatitis C in people who inject drugs – demonstrates that treatment can be successful when barriers to care are addressed within a supportive environment,” she added. “In fact, the burden of liver disease worldwide could be dramatically reduced by increasing treatment for hepatitis C infection among people who inject drugs, by preventing forward transmission.”

It is estimated that five million people in the United States have chronic HCV infection, a liver disease that results in long-term health complications such as liver scarring, liver failure and liver cancer. According to data from the Centers for Disease Control and Prevention, around 12,000 people die every year from HCV-related liver disease.

Until recently, treatment guidelines for HCV infection did not include individuals that inject drugs. This was largely due to concern over adherence, adverse events and the possibility of reinfection. However, HCV treatment studies have been successful in studies that included this group of people. The new set of international guidelines offer evidence-supported recommendations for this group of individuals.

Taylor is also lead author on a separate paper, appearing in the same issue of Clinical Infectious Diseases, which discusses the need for improved HCV care for those who inject drugs and are also infected with HIV.