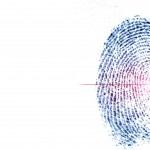 In the Bill & Melinda Gates Foundation-funded study, Anil Jain and his team are hoping that the new tracking method it has developed will increase vaccination coverage of children in developing countries, where keeping track of a baby’s vaccine schedule on paper has been mostly ineffective.

“Paper documents are easily lost or destroyed,” said Jain. “Our initial study has shown that fingerprints of infants and toddlers have great potential to accurately record immunizations. You can lose a paper document, but not your fingerprints.”

The MSU researchers have been trialing an optical fingerprint reader at rural health facilities in Benin, West Africa, using the technology to scan the thumbs and index fingers of infants and toddlers. A schedule can then be generated from the biometric data and become an integral part of the vaccine registry system.

Once the electronic registry is established, health care workers need only to re-scan the child’s fingers to view the vaccination schedule to figure out who has been vaccinated, what diseases they have been scanned for, and when they will need any additional immunization shots.

According to Jain, the electronic registry systems will help resolve any issues regarding the lack and loss of medical data, which is considered the most significant problem in the vaccine delivery system in developing countries.
However, collecting fingerprints from infants is a challenge in itself, as infants tend to squirm around and have a low contrast between ridges and valleys of their small fingerprint patterns.

“The process can still be improved but we have shown its feasibility,” said Jain. “We will continue to work on refining the fingerprint matching software and finding the best reader to capture fingerprints of young children, which will be of immense global value. We also plan to conduct a longitudinal study to ensure that fingerprints of babies can be successfully matched over time.”

According to Mark Thomas, executive director of VaxTrac, a non-profit organization supporting Jain’s research, there are other advantages to tracking vaccinations, including the development of civil registries, government benefits’ tracking and education record keeping.

Co-authored by Kai Cao, MSU postdoctoral researcher, and Sunpreet Arora, MSU doctoral student, the study’s findings will be presented at the International Joint Conference on Biometrics on October 2.