South Africa: Only a vaccine will break the back of HIV – Health Minister 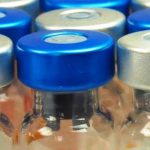 He was reacting to the announcement that South Africa is set to launch a ground breaking AMP study or Antibody Mediated Prevention study soon, the biggest in seven years.

Speaking to SAnews on the side-lines of the 21st International AIDS Conference in Durban, on Thursday, Minister Motsoaledi said any study that could lead to a possible effective vaccine to prevent HIV should be welcomed.

An example of such diseases that were eliminated using vaccines are small pox in the 1970s as well as polio.

“Nobody ever talks about those diseases today and there was never a cure found for them but we used vaccines.”

For the past four days, delegates at the AIDS conference have been debating the issue of ensuring that there is enough funding towards research to find an effective HIV preventative vaccine. US billionaire and philanthropist Bill Gates also stressed the importance of an HIV vaccine during his presentation to the conference on Wednesday.

On Thursday, Minister Motsoaledi said a vaccine would save South Africa billions of rands which currently go towards treatment.
He also said while South Africa was spending a considerable large amount of money, government is actually getting the antiretroviral drugs cheaper

“We know that for both TB and HIV/AIDS we need a vaccine urgently. If we can’t get a vaccine, we won’t break the back of these diseases. We need a game changer and a vaccine for both HIV and AIDS will be a huge game changer,” he said.

He said South Africa has to move with speed to find an HIV vaccine, adding that vaccines are important not just a cure.

“I overheard somebody saying, why these scientist can’t just find a cure for AIDS and I said to myself, this person doesn’t know anything. There were many diseases in this world for which a cure was never found but today they are no longer there because of vaccines,” the Minister said.