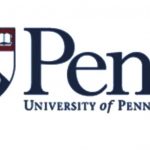 Jonas Salk created a vaccine against polio that has been used since 1955; Albert Sabin created another version that has been on the market since 1961. Together, these two vaccines have nearly eliminated polio from the face of the earth.

Emphasis on nearly. Outbreaks have persisted in developing nations in Asia, Africa and the Americas, in part due to limitations of these vaccines. Most recently, in 2013, Israel reported a “silent” outbreak of polio, in which no one got sick but the virus was found in the environment and in vaccinated individuals.

New research led by University of Pennsylvania scientists offers hope for an alternative. Collaborating with researchers from the U.S. Centers for Disease Control and Prevention and the U.S. Food and Drug Administration, the Penn team developed an oral vaccine booster by manipulating plants to express a protein found in the polio virus. Tests with sera from immunized mice show that the booster confers immunity against all three serotypes of polio.

“Our vaccine research has the potential to provide a timely solution to deal with polio outbreaks around the globe,” said Henry Daniell, professor in the Department of Biochemistry in Penn’s School of Dental Medicine and senior author on the work.

Daniell, whose plant-based system was used to create the vaccine, worked with lab members Hui-Ting Chan and Yuhong Xiao on the paper, as well as with William C. Weldon and Steven M. Obserste from the CDC and Konstantin Chumakov from the FDA.

Since the 1988 launch of the Global Polio Eradication Initiative, a collaboration spearheaded by the World Health Organization, Rotary International, the CDC and UNICEF that made polio vaccines widely available, the incidence of disease has been reduced by more than 99 percent, from 350,000 cases in 1988 to 74 in 2015. Yet challenges remain to ensure that the world is polio free.

Two vaccines, bivalent oral poliovirus vaccine, or bOPV, and the inactivated poliovirus vaccine, IPV, are currently used throughout the world to protect against polio. Each has distinct advantages; while IPV protects the individual, oral vaccines can help protect a community. Both have been critical in bringing the world closer than ever to eradication.

IPV is extremely safe but is substantially more expensive than bOPV, and, because it is given as a shot, it is not as easy to administer as bOPV, which is administered in oral drops. Also, it does not induce intestinal immunity, which means that vaccinated individuals can still shed the virus. This is what occurred in 2013 in Israel when poliovirus was found in sewage, and a rapid vaccination campaign with oral polio vaccine was instituted to prevent transmission to unvaccinated people.

bOPV induces superior intestinal immunity compared with IPV and, thus, has the potential to better prevent transmission of polioviruses. However, due to the live attenuated virus found in the oral polio vaccine, in rare instances in under-immunized communities the virus can mutate over time and revert into a form of the virus that can cause paralysis. This risk is what led to the global withdrawal of tOPV, the trivalent OPV that targets all three serotypes of the virus, in April.

Eventually all forms of the oral polio vaccine will be withdrawn globally. However, the importance of maintaining intestinal immunity against poliovirus remains a concern.

In an effort to address the current vaccines’ shortcomings, Daniell and colleagues aimed to design a booster vaccine that would not be based on live attenuated poliovirus and would induce mucosal immunity to all three serotypes of polio. In addition, whereas IPV and bOPV require refrigeration, the researchers wanted to design a vaccine that would be stable without refrigeration for very long periods, making storage, transport and administration at the point of care easier.

Daniell’s plant-based drug-development platform was suited to the task. In it, plants are coaxed to grow a biomolecule of interest by bombarding the leaves with the gene until it is taken up by chloroplasts. The plant then produces the associated protein in its leaves, which can be grown and then freeze dried and encapsulated for oral administration.

To induce immunity against polio, the researchers decided to target viral protein 1, or VP1, a structural protein present in all three serotypes of polio. They fused it to carrier protein cholera toxin subunit B, which enables the protein to cross mucosal surfaces, then confirmed that they could stably express the fused protein in tobacco and lettuce plants.

Next they fed the freeze-dried plant material expressing the fused protein to mice to see if it could induce an immune response in mice that had already been primed with an IPV vaccination.

“The vaccine, when formulated with adjuvants, induced high levels of mucosal and systemic immunity in the mice,” Daniell said, corresponding to IgA and IgG antibody responses, respectively. “And when the CDC performed tests on several hundred samples of sera from immunized mice, they found it could neutralize all three serotypes of polio virus.”

The researchers hope to pursue FDA approval to conduct clinical studies in humans with this virus-free vaccine, which could be produced relatively inexpensively and does not require refrigeration or special handling and could therefore eventually contribute to a polio-free world.

“We can ship capsules to every corner of the world and boost that IPV inoculation,” he said. “It’s time to improve upon the vaccinations we’ve been using for 75 years.”

In addition, Daniell said the concept of a low-cost booster vaccine could be used for many other viral diseases, as immunity can wane in old age, leading to reactivation of a latent virus. Shingles is a prime example.

“This could be avoided with a simple boosting,” he said.