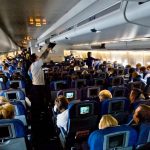 Many tourists returning from India were found colonized with multidrug-resistant “superbugs.” Microbiologists at the Institute for Infectious Diseases of the University of Bern, Switzerland, also isolated a strain possessing a gene which can make these life-threatening bacteria resistant to the last active antibiotic option.

The spread of multidrug-resistant Gram-negative bacteria represents a serious issue for the healthcare system worldwide because our antibiotic armamentarium is becoming too limited. These “superbugs” may cause serious infections with high morbidity and mortality rates — there are already 700’000 estimated deaths per year worldwide because common antimicrobial therapies have become ineffective. In this scenario, colistin has represented the last active antibiotic option able to cure many infected people.

Unfortunately, in November 2015 a new mechanism of resistance against colistin was found with a high prevalence in Escherichia coli and Klebsiella pneumoniae strains detected in China among humans, food animals, and chicken meat; more recently, it has also been found in other countries.

This mechanism is encoded by a gene (named mcr-1) that is plasmid-mediated, thus assuring its great ability to mobilize and spread between different enterobacteria, including those normally present in the human and animal intestinal tracts. In humans, E. coli can cause urinary tract infections, sepsis and other infections. K. pneumoniae mainly causes urinary and respiratory tract infections.

Microbiologists at the Institute for Infectious Diseases of the University of Bern now analyzed for the first time the bacterial population of the intestinal tract of travelers from Switzerland to India and found out that 76% of the tourists returning from India were colonized with superbugs.

“More importantly, 11% of the travelers had in their stools colistin-resistant E. coli strains, including those possessing the new plasmid-mediated mcr-1 gene,” says Andrea Endimiani, corresponding author of the study. The findings have now been published in the journal Antimicrobial Agents and Chemotherapy.

Several studies have already isolated worldwide the mcr-1 gene in colistin-resistant enterobacteria from humans, food-producing animals, food chain and environment. However, most of these studies searched the mcr-1 gene in previously stored strains.

“We wanted to find out more about the actual prevalence of this gene in multidrug-resistant gut bacteria,” says Endimiani. “Especially because it is known that the prevalence of intestinal colonization with these superbugs in returning travelers is very high.”

Endimiani and colleagues analyzed the pre- and post-trip stools of 38 people living in Switzerland and traveling to India during 2015. The mean stay in India was 18 days. The participants of the study frequently visited other countries in the 12 months before going to India, but never suffered diarrhea. On the other hand, after the journey to India, 39% of the travelers suffered from traveler’s diarrhea and additional symptoms, though antibiotics were not taken.

Surprisingly, the intestinal colonization rate with multidrug-resistant enterobacteria was very high: 76% of the travelers returned with superbugs. Moreover, 11% of them carried strains resistant to the last active antibiotic option, colistin. One of those strains also possessed the mcr-1 gene which can promote and transfer colistin resistance in other enterobacteria of human and animal origin.

Molecular analyses indicated that these life-threatening bacteria were acquired from the environment and/or food chain in India. Notably, healthy people carrying superbugs in the intestinal tract can have a high risk to further develop infections such as urinary tract infections or bacteremia due to these difficult to treat bacteria.

“The acquisition of colistin-resistant bacteria during trips is therefore a phenomenon that needs to be carefully monitored to prevent the spread of such untreatable bacteria in Switzerland, a country that still have a low prevalence of superbugs,” says Endimiani. The researchers strongly recommend a rapid implementation of specific and sensitive surveillance programs to prevent unexpected outbreaks due to enterobacteria possessing the mcr-1 gene.