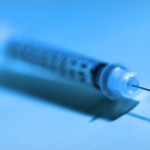 Two experimental DNA vaccines to prevent Ebola virus and the closely related Marburg virus are safe, and generated a similar immune response in healthy Ugandan adults as reported in healthy US adults earlier this year. The findings, from the first trial of filovirus vaccines in Africa, are published in The Lancet.

“This is the first study to show comparable safety and immune response of an experimental Ebola vaccine in an African population”, says lead author Dr Julie Ledgerwood from the National Institutes of Allergy and Infectious Diseases (NIAID) at the National Institutes of Health, USA. “This is particularly encouraging because those at greatest risk of Ebola live primarily in Africa, and diminished vaccine protection in African populations has been seen for other diseases.”

Scientists from the NIAID developed the DNA vaccines that code for Ebola virus proteins from the Zaire and Sudan strains and the Marburg virus protein. The vaccines contain the construction plans for the proteins on the outer surface of the virus. Immune responses against these proteins have shown to be highly protective in non-human primate models.

In this phase 1 trial, the Makerere University Walter Reed Program enrolled 108 healthy adults aged between 18 and 50 from Kampala, Uganda between November, 2009 and April, 2010. Each volunteer was randomly assigned to receive an intramuscular injection of either the Ebola vaccine (30 volunteers), Marburg vaccine (30), both vaccines (30), or placebo (18) at the start of the study, and again 4 weeks and 8 weeks later.

The vaccines given separately and together were safe and stimulated an immune response in the form of neutralising antibodies and T-cells against the virus proteins. Four weeks after the third injection, just over half of the volunteers (57%; 17 of 30) had an antibody response to the Ebola Zaire protein as did 14 of 30 participants who received both the Ebola and Marburg vaccines.

However, the antibodies were not long-lasting and returned to undetectable levels within 11 months of vaccination.
Both DNA vaccines were well tolerated in Ugandan adults with similar numbers of local and systemic reactions reported in all groups. Only one serious adverse event (neutropenia; low white blood cell count) was reported in a Marburg vaccine only recipient, but was not thought to be vaccine related.

According to Dr Ledgerwood, “These findings have already formed the basis of a more potent vaccine, delivered using a harmless chimpanzee cold virus, which is undergoing trials in the USA, UK, Mali, and Uganda in response to the ongoing Ebola virus outbreak.”

Writing in a linked Comment, Dr Saranya Sridhar from the Jenner Institute at the University of Oxford in the UK says, “[This] study deserves to be the focal point around which the broader question of vaccine development, particularly for Africa, must be addressed. With the uncharitable benefit of hindsight in view of the evolving 2014 Ebola outbreak, we must ask ourselves whether a filovirus vaccine should have been in more advanced clinical development. The international response to the present Ebola outbreak is an exemplar of the speed and purpose with which clinical vaccine development can progress and has set the benchmark against which future vaccine development must be judged. This study is the first step on the aspirational road towards the deployment of filovirus vaccines in Africa and must serve to shake the metaphorical cobwebs that can stall our advance towards this destination.”