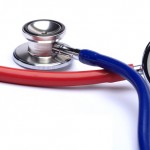 Outbreaks of measles are putting Europe’s commitment to eliminate the disease by 2015 under threat, the World Health Organization (WHO) has warned.

Levels of vaccination have been too low in some countries, particularly in rich western European nations.

It says catch-up vaccination campaigns, such as the one launched in the UK, are needed across the continent

Experts said it was not too late to hit the target, but “extraordinary” effort was needed.

It is theoretically possible to eradicate measles from the planet in the same way smallpox was defeated in 1980.

The 53 nations which form the WHO’s European region, from Portugal to Uzbekistan, have pledged to stop the disease spreading on the continent.

However, there are high numbers of cases in the UK, Turkey, Ukraine and Romania. These follow outbreaks in Italy and France in previous years.

Robb Butler, the technical officer for WHO Europe’s vaccination team, told the BBC: “It’s too early to say the 2015 goal is not achievable, but it is certainly under threat, we would be fools to think it is not under threat.”

Two doses of the MMR vaccine give almost total protection against measles. It is a highly infectious disease, however, if 95% of people are fully immunised it should stop the virus spreading.

Some countries fall short of this target and even in countries with high uptake there are pockets of unvaccinated people.

Claims of a link between the vaccine and autism in 1998, which have since been completely discredited, damaged uptake figures – particularly in the UK.

Dr Pier Luigi Lopalco, the head of vaccine preventable diseases at the European Centre for Disease Prevention and Control, said “that story survives” and keeps cropping up across Europe.

He said: “Another problem is the acceptability of vaccination by a part of the population that is becoming larger and larger.

“I’m talking about middle class people that more and more are sceptical towards vaccination and accepting alternative remedies instead.”

Some countries are on target, particularly in Scandinavia and parts of central and eastern Europe. The Ministry of Health in Slovakia said it has not had a case among its own residents since 1998, with cases coming only from abroad.

But across the 53 countries, Dr Lopalco said it would be difficult to reach the target.

He said: “One thing is clear, if we continue to do the same as we did last year we will not reach the goal. We will not do it if we do not put in place extraordinary measures – large catch-up campaigns.”

In response to epidemics in the UK, a large vaccination campaign has been launched to target more than one million schoolchildren who have not had their two doses of MMR.

Mr Butler, at the WHO, said other countries needed to act before they had outbreaks.

“At the European level we would like to see more member states doing what the UK are doing right now – going out and vaccinating adolescents and younger adults.”

He argues that even countries with 97% uptake of the vaccine still have pockets of unvaccinated people so some form of catch-up campaign would be needed.

“I honestly believe most member states need to consider it as one of the best alternatives to seeing increased cases and outbreaks in the future.”

Dr David Elliman, an immunisation expert at the Royal College of Paediatrics and Child Health in the UK, said the 2015 target was in danger.

“I think it is very difficult because we are talking about a very infectious disease so it is not like smallpox where uptake of the vaccine could be much lower and you would still be able to eradicate it.

“Unfortunately I think 2015 is very, very optimistic. It is possible, but I think two years hence, I would be surprised.”