U.N reports HIV infections have fallen one third since 2001 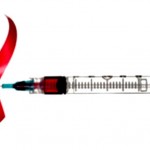 A recent report by the United Nations Programme on HIV states that new infections of HIV fell one third globally between 2001 and 2012. This means that there is considerable success in the effort to fight one of the world’s deadliest infectious diseases.

The key findings of the report which gathered data from 171 of the 193 member UN members are as follows:

There were 35.3 million people living with HIV last year among which 1.6 million have died. Since the pandemic started an estimated 35 million people have already died from the disease.

Michel Sidibe, UNAIDS’s executive director, said in the report that “Today we have the tools we need to lay the groundwork to end the AIDS epidemic. However in several countries that have experienced significant declines in new HIV infections, disturbing signs have emerged of increases in sexual risk behaviors among young people.”

The 2015 UN development goals aims for a 50% reduction in sexual and drug-related HIV transmission, eliminating new HIV infections among children, reaching 15 million people with HIV treatment, and mobilizing $22 billion to $24 billion a year for HIV programs.

The report however says that there is no evidence to suggest that new HIV infections among injection drug users are declining. This means that the target of reaching the 50% reduction has not been met.