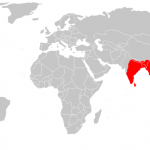 The United Nations health agency has approved a new vaccine against Japanese encephalitis (JE), stressing that access to the vaccine will help save the lives of children in developing countries.

The World Health Organization (WHO) added the Chinese-manufactured vaccine to its list of prequalified medicines, meaning that it has given it its stamp of approval in safety and efficacy terms. This is the first Chinese-produced vaccine prequalified by WHO.

“This is a welcome development both in the fight to protect children in developing countries from JE and in the future availability of vaccines more generally, as China is now producing vaccines up to WHO standards,” says WHO Director-General Margaret Chan.

“There is a huge potential for vaccine manufacture in China and we hope to see more and more Chinese vaccines become WHO prequalified. The whole world will benefit.”

The vaccine only needs to be given in one dose, can be used for infants, and is less expensive than other JE vaccines. UN agencies will also be able to source the vaccine.

Japanese encephalitis is a mosquito-borne virus infection that involves inflammation of the brain. It is endemic with seasonal distribution in parts of China, the south-eastern Russia, and South and South-East Asia. As there is no specific treatment for the disease, supportive care in a medical facility is important to reduce the risk of death or disability.

The vaccine is available to the world after several years of collaboration between WHO and the authorities of China on vaccine production standards and regulation.

In March 2011, WHO announced that the national drug regulatory authority of China, the State Food and Drug Administration and affiliated institutions, had met WHO indicators for a functional vaccine regulatory system. This made Chinese vaccine manufacturers eligible to apply for WHO prequalification of vaccines, as long as their vaccines met WHO quality and safety standards.